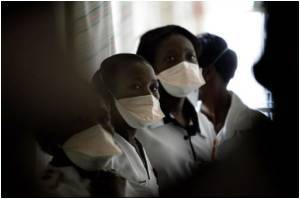 A study claims that the efforts taken by the World Bank and other agencies in spending billions of dollars over health programmes in Africa have not been effective.

The survey funded by the Bill & Melinda Gates Foundation said the international lender and its partners' approach "is not achieving intended outcomes," especially against diseases like tuberculosis.

By not having access to right information at the right place and the right time there is a definite impact on safety, effectiveness and costs related to healthcare.
Advertisement

It criticized the so-called sector-wide approaches (SWAps) in which donors support a government for broad-based improvements in the country's health care system instead of more targeted aid.


The World Bank and partner agencies failed to do enough to control TB in the poorest countries in Africa between 2001 and 2008, said the report released by the ACTION (Advocacy to Control TB Internationally) group.

Tuberculosis, caused by Mycobacterium tuberculosis, primarily affects the lung. It may spread to other organs.
Advertisement
"Given the global economic crisis, now more than ever we must ensure that aid is good value for money and delivers planned results," said report co-author Richard Skolnik, a former manager of World Bank programs in South Asia.

"Unfortunately, this report shows that important support from the World Bank and its partner agencies for health in Africa is not improving the health of the poorest Africans as planned."

The report noted that there were 9.4 million new TB cases in 2008 and 1.8 million deaths linked to the disease, 44 percent of them in Africa. It said most TB patients in sub-Saharan Africa go undiagnosed, including many cases of drug-resistant TB.

The study said that instead of using TB-specific programs employed in other countries, the World Bank has relied on the broader model in Africa, even in countries where the rate of infection tops 20 percent.

The release of the report coincides with an upcoming replenishment meeting where the World Bank will plan for new funding from donors.

"The World Bank is fundraising this year from the perspective that its aid is needed now more than ever," said ACTION policy analyst Paul Jensen, who helped author the report.

"As donor governments provide financing for the Bank, they must demand that support for Africa deliver better health for the poorest people. Our report shows that donors may get a bigger bang for their buck elsewhere, unless substantial changes are made to the SWAps approach. "

Tuberculosis is the world's second leading infectious killer after HIV/AIDS, and the problem is growing with the emergence of new TB strains resistant to conventional drugs.