Study Claims Stereotyping and Prejudice Cause Aggression, Overeating, and Lack of Focus 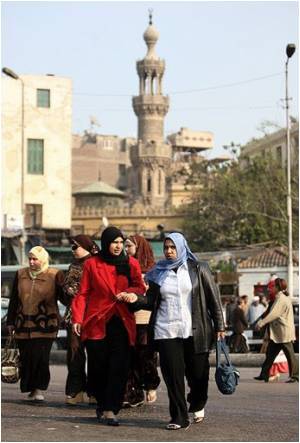 Research out of the University of Toronto Scarborough has revealed that prejudice has a lasting negative impact on those who experience.

"Past studies have shown that people perform poorly in situations where they feel they are being stereotyped," said Associate Professor of Psychology Michael Inzlicht, who led the study.

People confront someone making a prejudiced remark only if they think that others' personalities can change, according to researchers at Stanford University.
Advertisement

He added: "What we wanted to do was look at what happens afterwards. Are there lingering effects of prejudice? Does being stereotyped have an impact beyond the moment when stereotyping happens?"


In order to determine whether negative stereotyping in a particular situation had lasting effects, Inzlicht's team performed a series of tests.

Photos of HIV Affected May Reduce Related Stigma and Prejudice

By using photographs of people living with HIV and their personal testimonies since 1993, Positive Lives (www.positivelives.org) has been dedicatedly fighting HIV-related stigma and prejudice...
Advertisement
First, they placed participants in situations where they had to perform a task in the face of negative stereotyping. After the participants were removed from the prejudicial situation, researchers measured their ability to control their aggression, eat appropriate amounts, make rational decisions, and stay focused.

Their results show that prejudice and stereotyping have lingering adverse impacts.

"Even after a person leaves a situation where they faced negative stereotypes, the effects of coping with that situation remain," said Inzlicht.

The study has been published in this month's edition of the ournal of Personality and Social Psychology.

In a primary school, boys are five times more likely to be told off than girls, even though they are just as likely to misbehave.
Advertisement
Advertisement
This site uses cookies to deliver our services.By using our site, you acknowledge that you have read and understand our Cookie Policy, Privacy Policy, and our Terms of Use  Ok, Got it. Close
×