Strongly held beliefs have been found to associated with delusions in individuals with schizophrenia and other psychotic disorders.

Delusions are one of the most common symptoms of psychosis, but little is known about what causes them. A new study from researchers at Columbia University and New York State Psychiatric Institute offers insight into the development of delusions, which could lead to better treatments for people with psychosis.


The findings were published in Brain.


‘An estimated 80-90 percent of individuals with schizophrenia and other psychotic disorders experience delusions false, but strongly held; beliefs are the one that can be distressing and debilitating. ’


An estimated 80-90 percent of individuals with schizophrenia and other psychotic disorders experience delusions -- false, but strongly held, beliefs that can be distressing and debilitating. Researchers have long suspected that delusions are caused by alterations in the ability to make inferences, which relies on observable evidence to shape beliefs. However, previous experiments have suggested that other cognitive processes may be involved.

"The experiments typically used to understand the link between inference and delusions have focused on cognitive and decision-making skills, but they haven't conclusively shown a link between inference-making and delusion severity," says Guillermo Horga, MD, PhD, the Florence Irving Assistant Professor of Psychiatry at Columbia University Vagelos College of Physicians and Surgeons and lead author of the paper. "We developed a novel experiment to determine whether delusions stem from abnormalities in inference."

In the experiment, Horga and his team asked 26 adults with schizophrenia, including 12 who were being treated with antipsychotic medications, and 25 healthy individuals to draw beads from one of two hidden jars. Participants were given money, which could be used to bet on the identity of the hidden jar. They were told that drawing additional beads would help them bet correctly, though it would diminish their winnings. Throughout the experiment, they were asked to rate the odds of their bet on the identity of the jar.

"We found that patients who experienced more severe delusions tended to seek more information in the task before making a guess than their less-delusional counterparts. This is a truly novel finding, and it helps confirm the fact that rigidity is an important part of delusional beliefs," says Horga.

Using computational modeling, the researchers developed a quantitative framework casting delusions as "sticky" beliefs that evolve in an unusually slow way. This may explain why delusional patients seek more information than non-delusional individuals. It could also help to identify new treatment approaches, such as neurostimulation of the prefrontal brain areas involved in updating beliefs, or cognitive training to shape inference-making.

"Previous work suggested that psychotic patients 'jump to conclusions,' but in our study we saw that individuals with more delusional beliefs took more beads from the jar before they made up their minds," Horga continues. "While participants with schizophrenia jumped to conclusions more than healthy individuals, delusions specifically were associated with slower change in individuals' beliefs."

Jeffrey Lieberman, MD, Lawrence C. Kolb Professor and Chairman of Psychiatry at Columbia University Vagelos College of Physicians and Surgeons, commented that "delusions are among the most common and intractable symptoms of psychotic disorders. This innovative research casts delusions in a new context which allows for novel cognitive therapeutic approaches aimed at preventing and disrupting delusional thoughts."

Delusions: Damage To The Fear Center Of The Brain Could Cause This
Damage to the Fear center in the brain could put us at risk of experiencing delusions. Fear center being talked about here is amygdalae.
READ MORE 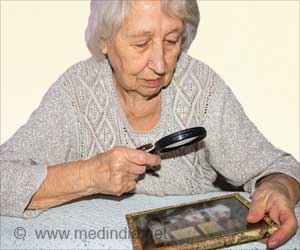 Brain Excitability is High In Macular Degeneration Patients Who Experience Delusions
People who suffer from macular degeneration, an eye disease tend to have a more excitable brain, and so they experience hallucinations, finds a new study.
READ MORE
Even Mentally Healthy People Hallucinate and Have Delusions; They Function Well
Five percent of the general population has two to five episodes of hallucinations and delusions. Auditory hallucinations are more common in women than men.
READ MORE