Stroke Therapy Treatment Device to be Available in Worldwide Market 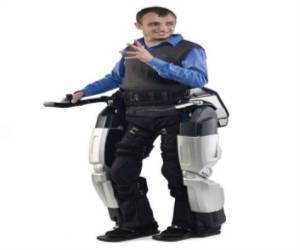 A highly sophisticated technological device that could help stroke and brain injury survivors will be entered into the export market by its developers in New Zealand who hope for a huge profit.

The device allows stroke victims to play simple video games using an "air mouse" attached to a handlebar wirelessly connected to a computer.

Able-X is the brainchild of Industrial Research engineer Marcus King.


Users make repetitive movements while playing the games, which re-teach their brains to work in conjunction with their bodies after a stroke or brain injury.

King, who received a Royal Society of New Zealand award for his work in rehabilitation science last week, said Able-X gave hope to stroke victims who had been "given up on" by traditional medicine.

"We're getting significant movement benefits from many of the people who took part in the trials," the New Zealand Herald quoted King as saying.

Kris Nicholson, of Christchurch's Stickmen Studios which developed the Able-X games, said the biggest challenge had been making them simple enough for stroke victims, who were usually elderly, to use.

Sunil Vather, chief executive of Lower Hutt's Im-Able, which commercialised the technology developed by King and his team at Industrial Research, said more than 30 units had already been sold. The device and software sell for 850 dollars plus GST.

Vather said Im-Able had been licensed by Industrial Research to market and distribute the device in New Zealand, as well as internationally, where it would target Australia, Britain and North America.