Stress can be Bad for Young Women Victims of Heart Attack 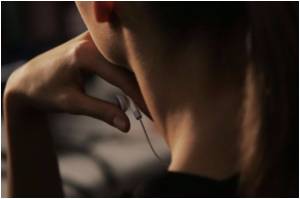 A new study from Emory University found that women below 50 who have suffered a heart attack are more likely to experience reduced blood flow to the heart, also called myocardial ischemia, when they are under psychological stress.

Young women victims of heart attack portray higher rate of complications and mortality as compared to men of the same age.

"This is the first study to examine the cardiovascular effects of psychological stress as a possible mechanism for the greater mortality after myocardial infarction among younger women," said study leader Dr. Viola Vaccarino, chair of the epidemiology department at Emory.


"We saw a dramatic difference in mental stress-induced ischemia specifically in younger women. In addition, when ischemia was graded in a continuous way, we saw that it was twice as severe among the younger women."

Heart Attack occurs when the flow of oxygenated blood to heart muscles is hindered or stopped due to built-up of plaques in coronary arteries. Heart Attack is the No.1 killer among Indians.
Advertisement
The Emory researchers were able to narrow down on two important causes - inflammation and heart rate variability, which is employed to gauge the response of the autonomic nervous system. Low heart rate variability has been found to increase the risk of heart disease. The research team found that younger female participant's heart rate variability dropped more in response to stress as compared to their male counterparts and this proves that young women after a heart attack could be vulnerable to the adverse effects of psychological stress on the heart.

Heart attack is the death of the heart muscle due to loss of blood supply. Heart disease is the leading cause of death in the United States. Other names for heart attack include acute myocardial infarction, coronary thrombosis, and coronary occlusion.
Advertisement
<< Increase Time at Pedestrian Crossings by Three Seconds to H...
Research Suggests Aging Impacts Epigenome in Human Skeletal... >>