Women in hundreds crowd outside a local employment office in this run-down Romanian factory town on the banks of the Danube, hoping to be selected to work as strawberry pickers in Spain.

The job is seasonal, the pay poor and the work exhausting but it's money. 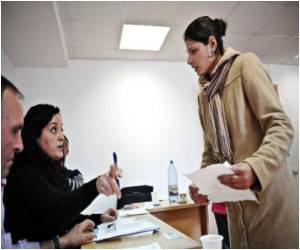 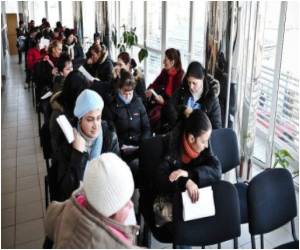 Romanian women applying for a job in Spain 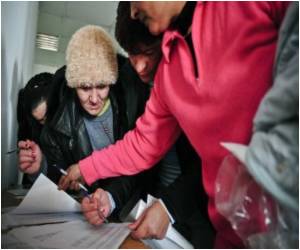 Nicoleta Tintea (C) struggles with paperwork before an interview

"There's no work in Calarasi: absolutely nothing," said Elena Hagiu, 41, a mother of four who lives in this Soviet-era town of 70,000 in southeastern Romania, as she waited her turn for an interview with visiting employers.


"I know that strawberry-picking is tough but I have no choice. It's a chance to earn a decent wage," said Hagiu, who is applying with her 20-year-old daughter -- two among the 610 women shortlisted for the interview.

While unemployment is high in Romania, it is still lower than in Spain.

But, unlike in Spain, employers say they can find hundreds of people here in Romania who are willing to do seasonal farm work like picking strawberries on a three-month contract for 37 euros (51 dollars) a day.

"Even with unemployment, we have to come to Romania because Spaniards don't want to work in agriculture," said Jose Manuel Oliva Robles from Freson de Palos, the biggest strawberry producer in the world, based in southern Spain.

Rares Ionescu, local director of the ANOFM employment agency, said it is not an ideal solution to joblessness but it offers local inhabitants a break.

"These jobs in Spain are a temporary solution but they're welcome," he said.

"Unemployment in this region is at 9.23 percent. With the new job cuts in the public sector, it risks going up."

Romania has seen the unemployment rate rise from 4.4 percent in 2008 to 7.8 percent in 2009 as a result of one of Europe's worst recessions.

In Spain, where the booming construction sector has stalled, unemployment has soared to 18.83 percent from 13.91 percent at the end of 2008.

Despite high levels of unemployment in other parts of Europe due to the economic crisis, seasonal recruiters from countries like Britain, Denmark, Germany and Norway are still expected in Calarasi in the weeks to come.

In 2009, some 111,000 Romanians found work abroad in farming, medical work or construction thanks to bilateral agreements with other European governments.

Some 288,000 Romanians are currently living in Spain, officials said.

Back at the employment office in Calarasi, Hagiu came out of the interview dejected. "I wasn't hired. I don't understand," she said. Her daughter Iuliana got the job and came out smiling. "Everything's going to be okay, mum!"

'Strasberry' - the New Fruit That's Halfway Between Strawberry and Raspberry
The great British summer will not be the same without the traditional dish of strawberries and cream.
READ MORE 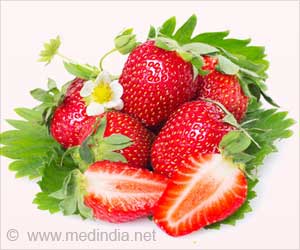 Health Benefits of Strawberry
A few interesting nutrition facts about strawberries, which include benefits, tips on incorporating strawberries into your diet and recipes among other tidbits.
READ MORE