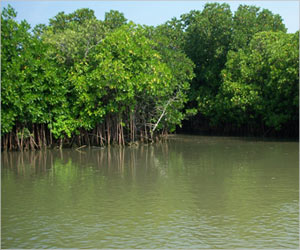 Extreme weather events are expected to strike more often as a result of climate change, and a study published detailed how a 2014 storm triggered a health crisis on the Solomon Islands.

Climate Change may Affect the Finest Wines of France, Switzerland

Climate change is likely to make the wine producing regions of France and Switzerland too hot for traditionally grown grapes.
Advertisement
‘The Pacific region is vulnerable not only to the well-documented rising sea levels associated with climate change, but also to the more severe storms.’
Tweet it Now

The unusually intense storm caused rivers to overflow, flooding roads and sweeping away bridges and homes in the city of 64,000 people. The storm killed 31 people and was deemed per capita to be the world's most deadly single event disaster of 2014, according to the Centre for Research on the Epidemiology of Disasters.


"This is the first study to catalog significant health impacts from our changing climate in the Pacific region," said lead author Eileen Natuzzi, a general surgeon and public health researcher at San Diego State University.

Social Media Knows No Boundaries Neither Does Climate Change

Electricity consumption related to the growth of digital technologies is exploding. In France it already accounts for more than 10% of total electricity use.
Advertisement
"The findings support the notion that this region is vulnerable not only to the well-documented rising sea levels associated with climate change, but also to more severe storms like this flood, which we witnessed as well as cyclones like Pam and Winston that have followed it."

The floods were particularly dangerous to children. Twenty-one died in the floods -- most were children under 14 who were swept away -- and 10 more children died of diarrhea and related complications in the days to follow. The storm broke water and sewer lines, and three of Honiara's nine health clinics were flooded.

One month after the storm, reports of infectious disease transmission reached a peak with 2,134 cases of flu-like illness and 3,876 cases of diarrhea, mostly among children under age five. Researchers still do not know what caused the disease outbreaks, because there was no detailed analysis of pathogens found in the drinking water in the weeks after the flood.

The study also found that 75 percent of Honiara's healthcare infrastructure was located in areas considered "vulnerable to destruction by a future flood event." Furthermore, one in three people in Honiara live within 500 meters (yards) of a river or coastline.

"Our findings could help governments and those providing aid improve readiness and response in order to save lives," said Natuzzi. Some strategies could include moving housing and hospitals away from flood-prone areas. "We can't change the weather, but we can change the capacity of communities to cope with the aftermath of extreme weather events," Natuzzi said.

Based on the satellite data gathered, researchers have identified areas that, over the past 14 years, have shown high sensitivity to climate variability.
Advertisement