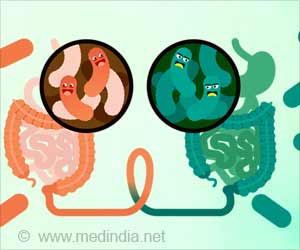 Fecal microbiota transplant (FMT) or stool transfer found to be the safe and effective treatment option for children apart from adults for C.difficile diarrhea. This largest FMT study was published in the journal Clinical Gastroenterology and Hepatology.

C. difficile disease is known to be associated with an altered intestinal microbiota, and the transplanted stool appears to restore a normal balance.

Clostridium difficile infections have decreased by 36 percent in Canadian hospitals, although the virulent NAP1 strain associated with severe illness and deaths is the most common strain, according to a new study in the Canadian Medical Association Journal.
Advertisement
‘FMT could provide effective treatment for children with C.Difficile diarrheal infections with less side effects especially among those without feeding tube and who got treated recently due to strict protocols in donor selection and treatment.’
Read More..
Tweet it Now


Diarrheal disease from C. difficile on the rise among children. One population-based study found a 12.5-fold increase in incidence from 1991 to 2009. For reasons that aren't clear, C. difficile is more frequently striking children without such risk factors as hospitalization or antibiotic exposure.


"Our results are quite exciting, given that recurrent C. diff is debilitating and increasing in children, not just those with known risk factors but previously healthy children as well," says gastroenterologist Stacy A. Kahn, MD, at Boston Children's Hospital. Kahn led the study with Maribeth Nicholson, MD, MPH, at Vanderbilt University Medical Center and Richard Kellermayer, MD, PhD at Texas Children's Hospital.
Advertisement
Factors in successful FMT

The team retrospectively studied 372 patients with C. difficile, age 11 months to 23 years, who had FMT at one of 18 pediatric centers across the United States. FMT was administered in various ways, including colonoscopy, nasogastric tube, frozen capsules, or enemas.

Two-month outcomes were available for 335 patients. Of these, 81 percent had no recurrence of C. difficile infection after a single treatment. Some of the remaining patients had a second round of FMT; about half of them saw no C. difficile recurrence, increasing the overall success rate to 87 percent.

Success was 2.7 times more likely when FMT came in the form of fresh versus previously frozen stool, and 2.4 times more likely when patients received the stool via colonoscopy versus other methods. Patients without a feeding tube (itself considered a risk factor for C. difficile) were twice as likely to respond, and those with one fewer prior C. difficile infection had a 20 percent greater chance of success. Age did not appear to be factor.

FMT was also more likely to succeed in patients treated more recently, perhaps because of tighter protocols around donor selection and treatment.

"The success rates we found are similar to what is seen in adults, but seem to be associated with fewer complications," says Kahn. "We don't understand why colonoscopic delivery, fresh stool and more recent FMT treatment were associated with higher success rates. These questions provide the foundation for future FMT research in children."

As for safety, 6 percent of the patients had FMT-related adverse events; most were mild and included diarrhea, vomiting, and bloating. Of the roughly one-third of patients who also had inflammatory bowel disease, 2.5 percent had a severe flare of their illness requiring them to be hospitalized. But it wasn't clear that had anything to do with the FMT.

Kahn notes that the study was limited by its retrospective design and relatively short period of follow-up. "We are using the data to help design future prospective, controlled studies," she says. "We also need longitudinal studies to investigate the long-term impact and safety of transplanting the microbiome from one person to another. A lot more questions need to be answered."

The group is also studying FMT for children with other forms of colitis, such inflammatory bowel disease (IBD).

"We want to tap into the therapeutic potential of FMT and begin to understand how we can use and manipulate the microbiome to treat diseases other than C. diff," Kahn says.

Dehydration in children can be life-threatening. Oral rehydration therapy and IV fluids should be ...

Diarrhea is one of the most common causes of dehydration and death in children. Diarrhea may be acute or ...

Norovirus or winter vomiting bug, the virus that spoils your vacation, is the leading cause of food-borne ...

Faecal matter may be subjected to occult blood tests, microbiology tests, and chemical tests and can ...