Stomach Ulcers can be Treated With Potato Juice 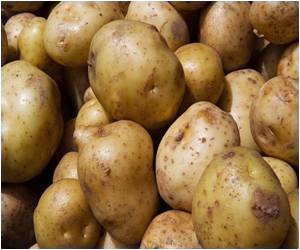 They observed that stomach bacteria cannot develop resistance to potato juice as they do with antibiotics.

Out of all the potato varieties studied, Maris Piper and King Edward varieties were the most effective. Scientists found an important molecule in potato which could cure and prevent the bacteria that causes ulcers and heart burn.


"We see this 'potato juice' as a preventative measure to stop stomach ulcers developing that people would take as part of a healthy lifestyle. It could be a huge market if we can get it developed," researchers said.

No Association Between Potato Consumption and Obesity, Diabetes