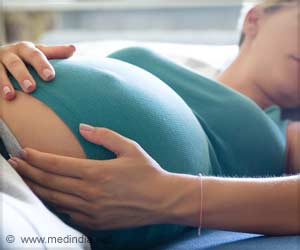 Stillbirths in the later stage occur in women who sleep for more than nine hours per night during pregnancy, reveals a new study.

This is because blood pressure reaches its lowest point during sleep which has been linked with fetal growth problems, preterm birth, and stillbirth.

The term stillbirth is used when fetal death occurs after twenty weeks of pregnancy. A change in fetal movement could provide indications of fetal distress or even death.
Advertisement
‘According to WHO, stillbirth is defined as a baby born with no signs of life at or after 28 weeks' gestation.’
Tweet it Now

The study, led by a team from the University of Michigan, explored how maternal sleep habits, including lengthy periods of sleep without waking more than once in the night, may be associated with fetal health independent of other risk factors.


Moreover, pregnant women often report waking up and getting up in the middle of the night.

Encyclopedia section of Medindia gives general info about Osteogenesis Imperfecta
Advertisement
"Our findings add to research indicating that maternal sleep plays a role in fetal well being. Studies aiming to reduce stillbirths should consider maternal sleep as this is a potentially modifiable risk factor," said lead author Louise O'Brien, researcher at the varsity.

"Understanding the role of maternal sleep may help us identify interventions that would put us in a better position to advise women," O'Brien added.

For the study, reported in the journal Birth, the team involved 153 women who had experienced a late stillbirth (on or after 28 weeks of pregnancy) within the previous month and 480 women with an ongoing third-trimester pregnancy or who had recently delivered a live born baby during the same period.

Progress in reducing stillbirth deaths has been slow but stillbirth is an urgent global health issue that should be at the center of more research programs, the researchers noted.

Anencephaly is a neural tube defect (NTD), in which a baby is born with an underdeveloped brain and skull. Major portions of the brain may be missing or completely absent. Sadly, there is no treatment for this condition.
Advertisement

The Acquired immune deficiency syndrome is brought about by the deadly human immunodeficiency virus. In the ...

Pregnancy is an experience of growth, change, enrichment and challenge. During the 40 weeks of pregnancy, the ...