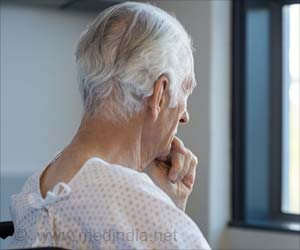 "We found that concerns about discrimination and overly harsh judgments about the severity of symptoms were most prevalent," said Shana Stites, Psy.D., from the Perelman School of Medicine, University of Pennsylvania. "By understanding what the biggest concerns are about the disease, we can help develop programs and policies to reduce the stigma about Alzheimer's disease."

Advertisement
‘Stigma associated with Alzheimer's may prevent people from getting the diagnosis they need or the opportunity for early intervention that could improve their quality of life.’

The random sample of 317 adults was asked to react to a fictional description of a person with mild stage Alzheimer's disease dementia. The study asked respondents to read a vignette and then complete the survey. Three different assessments were presented for the fictional person's condition. Respondents were told the person's condition would worsen, improve or remain unchanged.


Over half of the respondents (55 percent) expected the person with mild cognitive impairment or dementia due to Alzheimer's to be discriminated against by employers and to be excluded from medical decision-making. Almost half expected the person's health insurance would be limited due to data in the medical record (47 percent), a brain imaging result (46 percent) or genetic test result (45 percent). Those numbers increased when the survey participants were informed that the condition of the person with Alzheimer's would worsen over time.
Advertisement
The study findings suggest respondents continue to have concerns about documentation in the medical record or test results, despite the fact that there are some protections in place against gene-based health care insurance discrimination through the Genetic Information Nondiscrimination Act of 2008 (GINA). However, those concerns of the public also include issues not addressed by that legislation, including brain imaging results.

In addition, the study authors found that when told the fictional person's prognosis would improve over time, 24 percent to 41 percent fewer respondents expected that the person would encounter discrimination or exclusion than when told the person's prognosis would worsen. According to the researchers, this suggests that advances in therapies that improve the prognosis of Alzheimer's could help reduce stigma.

"The unfortunate stigma associated with Alzheimer's may prevent people from getting the diagnosis they need or the opportunity for early intervention that could improve their quality of life," said Maria C. Carrillo, Ph.D., Chief Science Officer, Alzheimer's Association. "We need to reduce the stigma to encourage persons with mild or even no symptoms of Alzheimer's disease to enroll in prevention trials to find effective treatments. These survey findings could also have implications on the national goal of developing an effective therapy by 2025." Dr. Carrillo stressed the importance of early diagnosis for people with Alzheimer's disease and related dementias and their families to provide more time to plan for the future by participating in decisions about treatments, living options, financial and legal matters, as well as building a care team to making it easier to manage the disease. In the article's conclusion, the authors state that public education and policies are needed to shift Alzheimer's disease stigma by addressing these concerns about potential discrimination based on genetic and biomarker test results that may be keeping people from learning their own results and participating in prevention clinical trials.

Can Painkillers Help Prevent Alzheimers Disease?
A daily regimen of the non-prescription NSAID ibuprofen can prevent the onset of Alzheimer's ......

Strong Influence of the Cardiovascular System on Alzheimers Disease
For the first time, study presents a close relationship between Alzheimer's disease and problems ......

Improving Brain Function in Alzheimers Disease is Possible by Cell Therapy
A special type of neuron called inhibitory interneuron, when transplanted into brain can restore ......