Stick to Number 7 to Bring Luck Back in Your Life 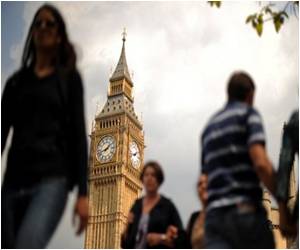 Do you believe in numerology? Try to stick to number 7 in whatever you plan next - from a new car to your first house - as a poll has declared 7 as the world's most favourite number.

London-based author Alex Bellos, who revealed this based on an online survey of 44,000 people, said this may be because of the digit's religious significance.

"The reason why a reverence for the number seven is a constant throughout human history can never be known, but, to me, the only credible reason is because of its unique numerical properties," Bellos was quoted as saying.


Three and eight are two other numbers that are loved by people the world over.

Seven is the number of the universe and combines the heavens, typically symbolised by the number three, and the body of earth, associated with the number four.
Advertisement
"The number appears regularly throughout cultures and history, too," added Bellos, who writes about mathematics, the secrets it can unlock, its history and cultural importance.

For example, there are seven ancient wonders of the world, seven days of the week, seven circles of the universe, seven deadly sins, and seven basic musical notes, the survey, published in Daily Mail, said.

"It is the only number that cannot be multiplied or divided with other numbers in the group. For example, the numbers from 1, 2, 3, 4 and 5 can be doubled and still sit within the group," Bellos was quoted as saying.

In second place in the poll was the number three. Many eastern cultures also consider there to be three important stages to life, namely birth, marriage and death.

Excitement Grips World as 11/11/11 is Upon Us
People around the globe will experience a numerically auspicious hour and date this Friday at 49 ......