Steps to Reduce the Impact of Alcohol in Canada 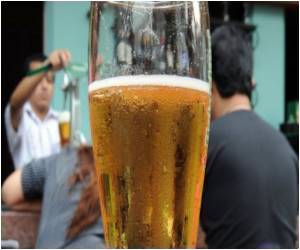 Public health policies and programs can aid in the reduction of alcohol burden in Canada. Alcoholism contributes to acute and chronic diseases, social problems and trauma, says study.

The estimated direct health care costs of alcohol in Canada in 2002 were $3.3 billion and the total direct and indirect costs were $14.6 billion compared with $17 billion from tobacco and $8.2 from illegal drugs. Per capita sales have risen 13% since 1996 and are expected to continue rising. In 2002, an estimated 450 000 Canadians were dependent drinkers, 1.3 million were high-risk drinkers and there were more than 8300 alcohol-related deaths.


To reduce the toll of alcohol, the authors recommend a comprehensive public health approach with population-level policies, including, for example, prices that are based on alcohol strength and keep pace with inflation, eliminating discount pricing, strengthening government control systems, restricting geographic access, increasing effectiveness of drunk-driving penalties and encouraging health practitioners to deliver brief interventions. They also call for limits on alcohol marketing and promotion.

Take this anonymous self-test to evaluate your alcohol consumption and determine if your drinking pattern poses a risk for hazardous health conditions.
Advertisement
"An effective response must be multidimensional, involving a combination of population-level policies, targeted interventions and special services for those who are high-risk drinkers or dependent on alcohol," writes Dr. Norman Giesbrecht, Centre for Addiction and Mental Health, Toronto, with coauthors.

The authors cite evidence that demonstrates the effectiveness of these interventions in other countries.

"Alcohol is often not 'on the radar screen' as a major public health issue in the broader public health community," they write. They argue that coordinated, broad-based action is required from physicians, public health officials, disease prevention alliances, charities, medical associations and government to help raise awareness of this issue and to help reduce the health and safety effects of alcohol in Canada.

Adjusting the alcohol tax in Florida to account for inflation since 1983 would prevent 600 to 800 deaths each year in the state from diseases caused by chronic heavy alcohol use, a
Advertisement
<< New Drug to Treat Chronic Wounds Developed
Link Between Genes and Depression >>