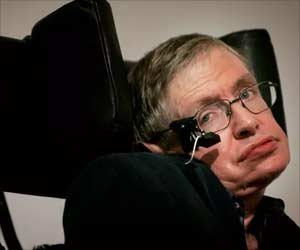 Stephen Hawking has died peacefully at 76 in the early hours at his home in the British university city of Cambridge.

Hawking has explained life's most complicated questions and his children Lucy, Robert, and Tim stated "We are deeply saddened that our beloved father passed away today.".

Advertisement
‘Stephen Hawking, a British physicist, and professor among the worlds greatest minds of science dies peacefully at 76.’

Hawking was an extraordinary man and a great scientist whose work and legacy will live on for many years. His courage and persistence, brilliance and humor, inspired many people across the world.


"I regard the brain as a computer which will stop working when its components fail. There is no heaven or afterlife for broken-down computers; that is a fairy story for people afraid of the dark," said Hawking.

He also spoke of death, "I'm not afraid of death, but I'm in no hurry to die. I have so much I want to do first."

Hawking leaves behind three children, Robert, Lucy, and Timothy, from his first marriage to Jane Wilde, and three grandchildren.

Artificial Intelligence Could Wipe Out Humanity: Stephen Hawking
The efforts to create thinking machines pose a threat to our very existence, reveals Stephen ......

For Stephen Hawking, Women are Universe's Only Enduring Mystery
Stephen Hawking has revealed that for him women are the only enduring mystery of the universe as he ...

Stephen Hawking Brands Heaven A Fairy Tale For People Afraid of Death
Famed physicist Stephen Hawking has declared the idea of heaven and afterlife as a "fairy story" ......