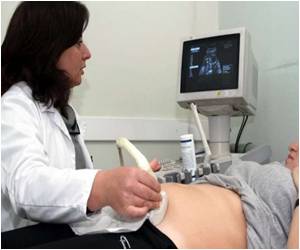 Vaginal deliveries have been associated with stress urinary incontinence in women, which affects nearly 35 percent of women who have had a normal childbirth. Many current treatments, such as physiotherapy and surgery, are not very effective.

Seeking better methods to alleviate SUI, researchers carried out a study in which female laboratory rats modeled with simulated childbirth injuries received injections of mesenchymal stem cells (MSCs; multipotent cells found in connective tissues that can differentiate into a variety of cell types including: bone, cartilage and fat cells) to see if the cells would home to and help to repair the damaged pelvic organs.The study appears as an early e-publication for the journal Cell Transplantation. "Stem cell-based therapy has recently gained attention as a promising treatment for SUI," said study co-author Dr. Margot S. Damaser of the Cleveland Clinic's Department of Biomedical Engineering.

For Most Early Preterm Births Vaginal Delivery as Safe as Cesarean

According to a new study, vaginal delivery for early preterm fetuses presenting head first or vertex presentation, had a high rate of success.
Advertisement

"Stem cell therapies may be more feasible and less invasive than current therapies."The current study extended the results of the researcher's previous studies by demonstrating that the transplanted MSCs homed to the animals' spleens. This suggested that the transplanted cells could have a beneficial impact when they released trophic factors, agents that stimulate differentiation and survival of cells and then engrafted into the smooth muscle of the urethra and vagina, as demonstrated previously in prior studies.


"Our results suggest a potential therapy for postpartum SUI," said Dr. Damaser.The group of female rats that received simulated childbirth injury (vaginal distension) and MSCs showed homing of the MSCs to the urethra and vagina, facilitating the recovery of continence.The researchers noted that other kinds of stem cells from different sources have been used in other studies aimed at treating SUI via stem cell transplantation.

A recent study finds that women who give birth vaginally are at a higher risk of developing pelvic organ prolapse.
Advertisement
Autologous (self-donated) muscle-derived stem cells have demonstrated therapeutic potential for SUI in animal models and in clinical trials. Adipose (fat)-derived stem cells have also been used to improve urethral function after simulated childbirth injury in rats.

This study used MSCs, cells which are believed to be "immune-privileged," with no rejection issues. The advantage in this, said the researchers, is that MSCs may have potential as an "off-the-shelf" therapy."Since rat MSCs were used in this study, the results can only be applied to rat models of injury-treated rats," explained Dr. Damaser. "Human adult stem cells need to be investigated in future studies to see if these findings also apply to humans."The researchers suggested that their work also has potential to develop into a therapy for older women with SUI at a time "remote from delivery."

"This study provides evidence that mesenchymal stem cell transplantation could favorably impact a side effect of delivery and aging by releasing factors that can influence the urethra and vagina to treat stress urinary incontinence" said Dr Amit N. Patel, director of cardiovascular regenerative medicine at the University of Utah and section editor for Cell Transplantation. "Further studies are required to confirm that this animal study translates to humans."

Athletes foot (tinea pedis/ringworm of the foot) is a fungal infection of the feet.

This new field is an amalgamation of biology, medicine and engineering, and is believed to have mind ...

Organ and tissue transplantation can give a second chance at life to thousands of people. Learn more about ...
This site uses cookies to deliver our services.By using our site, you acknowledge that you have read and understand our Cookie Policy, Privacy Policy, and our Terms of Use  Ok, Got it. Close
×