A rare stem cell transplant for Parkinson's diseases was performed at Jaslok Hospital on 54-year-old Bhanwarlal Jain who was suffering an advanced stage of the disease.

The patient is extremely happy with the transplant which has helped him regain his voice. Doctors feel they need to monitor the patient for 18 months before they can call the operation a success.

It was about 12 years ago that Jain was diagnosed with Parkinson's disease  a degenerative brain disease that gradually impairs motor skills, speech and the ability to perform other functions. Jain had to quit his job after his condition worsened. He was neither able to walk nor could he talk.


He approached neurosurgeons in Jaslok in February this year, and volunteered to undergo trials for stem cell transplant. A team of doctors, comprising neurosurgeons and neurophysicians, carried out the complex surgery on Jain.

In the words of Dr Paresh Doshi, head of the stereotactic and functional neurosurgery department at the hospital, "The stem cells that were used were derived from the patient's bone marrow. They were then grown and processed at the stem cell processing facility of Reliance Life Sciences at Navi Mumbai. Once processed, they were brought back to Jaslok Hospital where they were implanted in the patient's brain by stereotactic surgery. The whole procedure took three weeks."

Indeed a new lease of life for Bhanwarlal Jain.

Stem Cell Banks - Hope for a Healthier Humanity  An Interview
Learn all about stem cells and cord blood banking from Jeevan's Dr. Saranya Narayan. An interview on the subject.
READ MORE

The End of the Line for Existing Stem Cell Research?
Time is short for scientists to respond to the call for comments on the National Institutes of Health (NIH) proposed guidelines for the use of human embryonic stem (ES) cell lines
READ MORE

Dr. Kamala Selvaraj  A Pioneer in Infertility Treatment
Women labeled as 'barren' have hope with 'Artificial Reproductive Techniques' -Read about the inspiration and struggles of the Pioneer from South India.
READ MORE 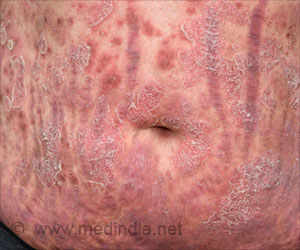 Graft versus Host Disease (GvHD)
Graft versus host disease (GvHD) occurs when donor cells recognize the host cells as foreign and begin to attack it. Symptoms can be mild, severe or even fatal.
READ MORE