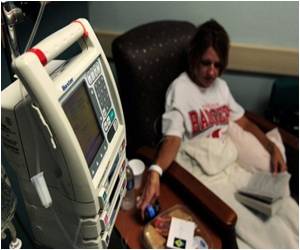 Despite the fact that most have health insurance, many survivors of adolescent and young adult cancers avoid routine medical care because it's too expensive.
Advertisement

"Elderly female cancer survivors who achieve and maintain an ideal body weight, stay physically active and eat a healthy diet have an almost 40 percent lower risk for death compared with women who do not follow these recommendations," said Maki Inoue-Choi, Ph.D., R.D., research associate in the Division of Epidemiology and Community Health in the School of Public Health at the University of Minnesota.


Study participants included 2,080 women from the Iowa Women''s Health Study who had a confirmed cancer diagnosis between 1986 and 2002 and who completed a follow-up questionnaire in 2004. Women provided information on body weight, physical activity level, dietary intake and other demographic and lifestyle factors.

In a recent study it was found that long-term cancer survivors take sick leave more often than their disease-free colleagues.
Advertisement
Through annual linkage with the State of Health Registry of Iowa and the National Death Index, researchers identified 495 deaths from 2004 to 2009, including 197 from cancer and 153 from cardiovascular disease. Researchers adjusted for age, number of comorbid conditions, general health, smoking, type and stage of cancer, current cancer treatment and subsequent cancer diagnosis. They found all-cause mortality was 37 percent lower for women with the highest (6 to 8) versus the lowest (0 to 4) adherence scores.

Reaching the WCRF/AICR physical activity recommendation was also associated with lower risk for death from any cause, from cardiovascular disease or from cancer after the researchers adjusted for dietary and body weight recommendation adherence scores and other covariates.

However, reaching the dietary recommendations was not associated with mortality following adjustment for body weight and physical activity recommendation adherence scores.

The study was funded by the National Cancer Institute.

Increase in Number of Cancer Survivors in The US

The number of people in the United States who have survived cancer is set to reach nearly 18 million in the next decade, up from 13.
Advertisement
<< Potential Treatment For TBI Found In Laboratories
COPD Readmissions may be Associated With Unmodifiable Risk ... >>

The Healthy Way of Eating with Sattvic Diet

More News on:
Epilepsy Top 10 Steps to a Perfect Self-Diagnosis Healthy Gifting Ideas for Diwali The Healthy Way of Eating with Sattvic Diet