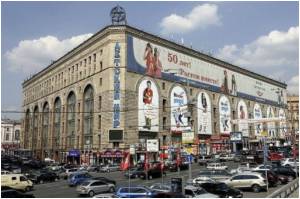 Ukrainian President Viktor Yanukovych Wednesday signed a controversial bill elevating the status of Russian despite warnings the move would be highly polarising in the traditionally bilingual country.

"Ukrainian President Viktor Yanukovych signed the law on 'the foundations of the state language policy'," his office said in a statement.

A Russian property developer got a go ahead to commence building a 650-million-franc mountain resort following Switzerland's highest court ending its five years of opposition to the project.
Advertisement

The law boosts the status of Russian but stops short of making it a second state language and follows clashes triggered by the bill's approval by parliament last month.


But in a sign that the president took the controversy surrounding the language bill seriously, Yanukovych's administration said he had tasked the government with establishing a working group on languages.

A chief sanitary doctor from Russia has recommended schools to refrain from teaching difficult subjects like mathematics and physics to children on Thursdays.
Advertisement
The group would involve high-profile figures and language experts who would develop proposals on how to "improve" the current legislation on the use of languages, the statement said.

It will also have to ensure "the comprehensive development and functioning of the Ukrainian language in all spheres of public life" and guarantee "the free development, use and protection of all native tongues of Ukrainian nationals."

Linguistic and historic fault lines run deep through the former Soviet country, dividing it into the Kremlin-friendly Russian-speaking east and the fervently nationalistic Ukrainian-speaking west.

The law pushed through parliament by Yanukovych's Regions Party says Ukrainian is the official language but states that minority languages can be used by officials and bodies in regions where they are in use.

This gives a boost to Russian, historically the language of eastern Ukraine and the Crimean peninsula.

The opposition fears that the law will undermine the use of the Ukrainian language, calling it a throwback to the Soviet times when it says Russian in Ukraine was promoted at the expense of Ukrainian.

The move comes ahead of parliamentary polls in October, the first major vote since Yanukovych won presidential polls in 2010 on pledges to improve ties with the Kremlin.

Separately, the Batkivshchyna (Fatherland) party of jailed opposition leader Yulia Tymoshenko said in a statement on Wednesday the central election commission had refused to register her candidacy for the October polls.

In what was seen as a symbolic move, Ukraine's opposition alliance last month put Tymoshenko at the head of its list even though the fiery former prime minister is legally barred from running.

An important public health goal to prevent new infections is the disclosure of HIV positive serostatus to sexual partners.
Advertisement
<< Billions of Neurons Arranged in Complex Circuits in the Bra...
Differences Exist in Stocks of Essential Antidotes at UK Ho... >>

Stuttering
News Archive
News Resource
News Category
Tobacco Addiction: Here's How to Break the Habit Parents are 'Winging It' on Their Kids' Mobile Use Ankle and Ankle Movements While Riding an Hoverboard Is It Healthy to Let Your Mind Wander? Walk Till it Hurts: Good News for Peripheral Artery Disease Patients
More News
Sign up for Wellness Consult a Doctor Sign up for Selfcare

Blood - Sugar Chart Color Blindness Calculator The Essence of Yoga Loram (2 mg) (Lorazepam) Noscaphene (Noscapine) Find a Hospital Selfie Addiction Calculator Turmeric Powder - Health Benefits, Uses & Side Effects Post-Nasal Drip Nutam (400mg) (Piracetam)
This site uses cookies to deliver our services. By using our site, you acknowledge that you have read and understand our Cookie Policy, Privacy Policy, and our Terms of Use