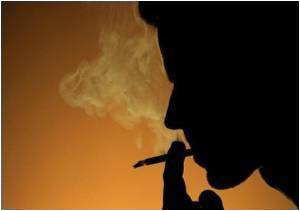 If these programs were funded at the levels recommended by the Centers for Disease Control and Prevention (CDC), states could save an astonishing 14-20 times more than the cost of implementing the programs. The costs of smoking are felt by the states, mostly through medical costs, Medicaid payments and lost productivity by workers.

The evidence is clear that state tobacco control programs have a "sustained and steadily increasing long-run impact" on the demand for cigarettes, Chattopadhyay and his colleague David R. Pieper at University of California, Berkeley write in a paper published online today in the journal Contemporary Economic Policy. Chattopadhyay is the chair of the Economics Department and professor of economics.


The study uses data from 1991 to 2007, during which time the states paid for the programs with the help of the tobacco tax, public and private initiatives and funds from the Tobacco Master Settlement Agreement between the nation's four largest tobacco companies and 46 states. Unfortunately, says Chattopadhyay, funding for the programs has been declining steadily since about 2002. In 2010, states on average were spending 17 percent of the total investment recommended by the CDC for the programs. And in tough economic times, many states have turned to cigarette taxes to raise revenue. Chattopadhyay said the shift in spending priorities was part of his motivation for examining the benefits and costs behind the programs. "Almost all states are facing financial crisis, and they are really diverting their funds, possibly moving funds from productive use."

Tobacco use in women is on the rise. The health risks of tobacco are far too many has never done a woman any good psychologically or health-wise.
Advertisement
Unless the benefits of fully funding the programs are shown to outweigh the costs, the researchers suggest, states may continue to divert revenue away from the programs.

After accounting for multiple factors, the researchers determined that tobacco control programs do reduce the demand for cigarettes. It's a trend that grows over time, in part because it takes smokers time to quit and because the programs become more efficient at delivering their services.

Unlike earlier studies, Chattopadhyay and Pieper even examined the effects of different state tobacco taxes, and how the differences might affect cigarette demand. Smokers in a state with a high tobacco tax could be more easily tempted to buy cigarettes if they share a border with a low-tax state, for instance. Tobacco taxes can range from less than 20 cents per pack in some states to nearly $5 in others.In 2007, the CDC revised its recommendations on how much states should spend on tobacco control programs to make them successful. If individual states would follow the new CDC guidelines, they could realize future savings of 14-20 times what the programs cost, the study concluded.Chattopadhyay said he would like to deliver the results of the study to the states, "to convince them that they can use that money for more productive purposes" and to encourage them not to let their past investments in tobacco control programs go to waste.

"They would save money in terms of reduced Medicaid, and reduced medical and productivity costs," he said. "Those kinds of costs are only going to go up."