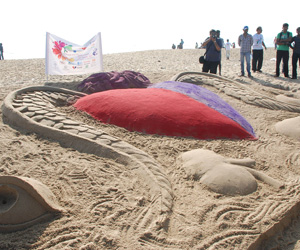 The policies that several states have adopted giving tax deductions or credits to living organ donors do not appear to have increased donation rates. Authors of the study, appearing in the August issue of the American Journal of Transplantation, found little difference in the annual number of living organ donations per 100,000 population between the 15 states that had enacted some sort of tax benefit as of 2009 and states having no such policy at that time.

"There continue to be sizeable shortages in available organs for transplant, despite a number of interventions taken over the past two decades to increase donations," says Atheendar Venkataramani, MD, PhD, a resident in Internal Medicine-Global Primary Care at Massachusetts General Hospital (MGH), the lead and corresponding author of the report. "Tax policies were thought to be a way to increase donations without challenging the public's unease about outright payment for organs, but our evidence shows they have not increased the organ supply very much, if at all."

In a bid to increase the number of organ donors German parliament has amended legislation on organ donations.
Advertisement

In 2004, Wisconsin became the first state to enact a policy allowing living organ donors to deduct up to $10,000 in donation-related costs from their state income taxes. In subsequent years several additional states - including Massachusetts, New York, Georgia and Ohio - enacted similar tax deductions, and Iowa granted donors a tax credit. There currently are a total of 17 states offering a tax benefit to living organ donors (see list at end of release), and 18 additional states are considering similar legislation. A single study had previously investigated the impact of tax incentives on rates of living donation, but that only looked at effects immediately after the laws were enacted and did not consider key subgroups for whom effects might be larger.


Using information on the total number of living solid-organ donors in each state between 2000 and 2010, provided by the United Network for Organ Sharing and the Organ Procurement and Transplantation Network, the investigators analyzed trends in living donation rates in the five years before and up to four years immediately after tax incentives were adopted in the 15 states that had such policies in 2009. For states with no tax benefit for donation, they tracked donation rates in the five years prior to and following 2005.

Social Networks Could be an Effective Means to Seek Organ Donation

More number for organ failure patients who seek organs for transplantation are turning to social networks and appear to be getting results.
Advertisement
In the years before tax policies were enacted, differences in donation rates between both groups of states were slight, and the researchers found no significant increase in donations in states with tax policies in the years following enactment. These findings held across subgroups for gender, race, and the relationship of the donor to the recipient.

The authors note several potential reasons why tax policies had little impact on donation rates, including the relatively low cash value of the incentives - less than $1,000 for a middle-income family of four in most states - and a lack of awareness of the incentives, even at state Donate Life offices. They add that future studies should examine these factors more closely and explore potential additional strategies for increasing living donations.

"These tax incentives cost the states very little, so there is no real reason to do away with them," says Venkataramani. "Instead we should focus on improving them to better encourage living donation. And even if these policies don't increase donor rates, they benefit individuals who donate regardless of any financial incentives and provide an incredible gift, sometimes to strangers. If tax deductions can help them with their expenses, perhaps reducing the stress of donation, that is certainly worthwhile."