State Of West Virginia Is Short On Neurologists: Study

West Virginia state has just half of the neurologists it really needs. This problem can cause issues for people with migraine whose primary physicians aren't trained to deal with complicated cases.

According to David Watson, who directs the West Virginia University Headache Center, the state has just half of the neurologists it needs. This scarcity can cause problems for people with migraine whose primary physicians aren't trained or equipped to treat--or even diagnose--their more complicated cases.


A recent study Watson conducted with Umer Najib, the director of WVU's Headache Medicine Fellowship Program, and Melissa Moore, a neurology resident in the WVU School of Medicine, explored how the healthcare system underserves people with migraine in rural areas. Their findings--published in the February issue of Current Pain and Headache Reports--implicate a lack of practicing headache specialists.


‘Nearly 20,000 people of the 200,000 general population have chronic migraine. There's no way that 20,000 people can all be seen by a neurologist, much less the few certified headache specialists in the state explains the lead researcher.’


Just how severe is the shortage? "Migraine affects 12 percent of the population," said Watson, who also chairs the Department of Neurology. "In West Virginia, that's around 200,000 people. Of that 200,000, about 20,000 have chronic migraine, and that is the group of people we're trying to get in for specialty care--as well as people who have a difficult-to-manage episodic migraine. There's no way that 20,000 people can all be seen by a neurologist, much less the few certified headache specialists in the state.."

In fact, the shortage of headache specialists is a nationwide problem. Watson and his collaborators found that for every physician that the United Council for Neurologic Subspecialties has certified in headache medicine, there are 8,000 people with migraine.

Geography alone can make seeking care especially difficult for rural people with migraine. When Watson and his team considered all patients seen in the WVU Headache Center over a month, they discovered the average patient traveled 70 miles, one way, to get there. The most far-flung patient in their sample traveled 235 miles. That's a four-hour drive.

The researchers learned that migraine's economic impact tends to be compounded in low-income areas. That's pertinent to rural counties, where poverty proliferates. As the U.S. Department of Agriculture reports, 85 percent of the "persistently poor" counties in the United States are nonmetro.

A review of the scientific literature showed Watson and his colleagues that migraine was most prevalent in households with an annual income of less than $35,000. They also found that people younger than 65 were more likely to have migraines if they were on Medicaid (26 percent) or had no insurance (17 percent) than if they had private insurance (15 percent).

Although people in poverty are at a higher risk of migraine, they may have a harder time affording the migraine treatment they need. "It's not infrequent that patients tell me they struggle to come see us because of the gas mileage. Or, they don't drive, so they have to get a friend to bring them," Watson said.

He's working to reduce the distance--and the related travel expense--that people with migraine in West Virginia face when they seek specialized care.

"We used to do a really good job of training neurologists in West Virginia who then stayed in West Virginia. We have not been as good at that over the past 10 or 20 years, and a lot of the neurologists that we trained in West Virginia are getting close to retirement age," Watson said. "One of my goals as chair of the department is to reverse that--to start finding ways to keep more of our people and get them to go into some of the smaller towns that need a neurologist.."

An avenue he is pursuing is broadening the WVU Department of Family Medicine's Rural Scholars Program to encompass neurology. The program--which already comprises pediatrics and internal medicine--makes it possible for medical residents to do rotations in rural West Virginia. He's also considering expanding the Department of Neurology's residency program to include rotations at satellite clinics across the state.

"I grew up in a small town in West Virginia, and I had a really nice life growing up there," he said. "I think some people might decide that would be the kind of life they want, but they've got to get exposure to it first."

On a larger scale, Watson is in the "very early stages" of working with the U.S. legislature to help immigrant neurologists find positions in West Virginia. "We have this shortage of physicians in neurology, and it's not like we're preventing U.S. citizens from taking these jobs," he said. "There are a significant number of international medical grads who come here to do their neurology residency, and then their choice is either to find a position that will grant them a waiver to their visa requirements or to go back home for two years." Like all other states, West Virginia is allotted 30 visa waivers, but they're divided among all of the hospitals in the state and all of the specialties, which leaves few for neurologists--and even fewer for headache specialists.

"My goal," Watson said, "is that no one with migraine would ever have to leave the state for care."

Nurse Practitioners Can Ease Doctor Shortage in Michigan
Michigan faces a shortage of doctors and it will grow as millions of Americans qualify for insurance under the Affordable Care Act, so nurse practitioners can ease the shortage, reports indicate.
READ MORE

Worst Doctor Shortage Since WWII in Oz
Australia is facing the worst shortage of doctors since the World War II, according to the new president of the Royal Australian College of GPs.
READ MORE 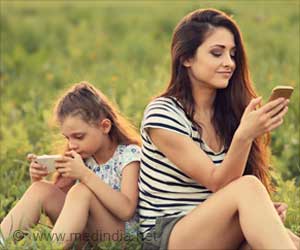 Only 1 in 30 Children Do Doctor Recommended Level of Exercises Daily: Study
Only three percent of children aged between nine or ten actually do exercises daily, finds a new study.
READ MORE