Starving Children's Health can Be Restored With Peanut Butter Program

A new research has revealed that an enriched peanut-butter mixture given at home is an effective method for the recovery of thousands of starving or malnutrition children.

The mixture contains peanuts, powdered milk, oil, sugar, and added vitamins and minerals. It is produced in a factory in the African nation Malawi and is given to the mothers to feed kids at home.

According to a group of researchers at Washington University School of Medicine in St. Louis, the nutrient-rich mixture is the best method to restore children to health.


The research is extremely important because a study revealed that malnutrition affects 70 percent of all Malawian children with an estimated 13 percent of children dying from it before the age of five.

Results of the study appeared in the July issue of Maternal and Child Nutrition.

The research team, including Manary, students from Washington University in St. Louis and Baylor College of Medicine and researchers from Malawi, rolled out the treatment at 12 rural health centres in southern Malawi.

There, non-medically trained village health aides, who are often the only medical presence in the communities, identified severely or moderately malnourished children based on World Health Organization guidelines and determined which children would receive the treatment.

"The peanut-butter feeding has been a quantum leap in feeding malnourished children in Africa. The recovery rates are a remarkable improvement from standard therapy," Manary said.

Traditional treatment of moderate malnutrition in Malawi involves feeding children a corn-based porridge at home, or for severe malnutrition, children are fed a milk-based porridge in hospitals. However, a severely malnourished child would have to eat about 25 spoonfuls of porridge to equal the calorie density in one spoonful of the concentrated RUTF, Manary said. The recovery rate for children given the standard therapy is less than 50 percent.

The result showed that village health aides can reliably identify which children need treatment, manage the program and follow up with children after the program, which eliminates the need for onsite medically trained professionals to supervise it.

"What's really exciting to me is that we've demonstrated that we can put this research into practice on a large scale, it can benefit tens of thousands of kids, and there are not going to be operational barriers in some very remote settings like sub-Saharan Africa.

Mothers in Malawi know that malnutrition is the single biggest threat to their children's existence. They want nothing more in this life to have their children survive and grow up. When their child comes through treatment successfully, they will pay extra attention to make sure it doesn't happen again," Manary said.

Children Starving to Death in Somalia: UNICEF
Thousands of children are at risk of dying from malnutrition in central and southern areas of Somalia formerly considered the country's breadbasket, the UN Children Fund (UNICEF) said Wednesday.
READ MORE

Asia Urged to Fortify Foods With Nutrients to Cut Down Malnutrition
A global health group Wednesday urged governments across Asia to enact laws against massive malnutrition that would require food producers to include vitamins and minerals in their products.
READ MORE 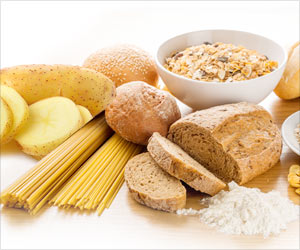