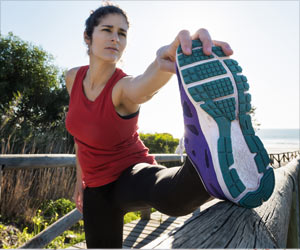 Its's better to start exercising early in life as it alters microbial community in the gut for the better, promoting healthy brain and metabolic activity over the course of a lifetime, revealed a new study.

The research indicates that there may be a window of opportunity during early human development to optimize the chances of better lifelong health.

For the first time, scientists can accurately measure population growth rates of the microbes that live inside mammalian gastrointestinal tract.
Advertisement
‘Microbial community in the gut is more likely to change as we exercise favoring healthy brain function and anti-depressant effects.’

"Exercise affects many aspects of health, both metabolic and mental, and people are only now starting to look at the plasticity of these gut microbes," said senior study author Monika Fleshner from University of Colorado Boulder in the US.


Microbes take up residence within human intestines shortly after birth and are vital to the development of the immune system and various neural functions. The human gut harbors over 100 trillion microorganisms.

The types of microbes that thrive in our body are shaped by our genetic make up and influence whether we are fat or thin, shows a study by researchers.
Advertisement
These microbes can add as many as five million genes to a person's overall genetic profile and thus have tremendous power to influence aspects of human physiology.

While this diverse microbial community remains somewhat malleable throughout adult life and can be influenced by environmental factors such as diet and sleep patterns, the researchers found that gut microorganisms are especially 'plastic' at a young age.

The study found that juvenile rats who voluntarily exercised every day developed more beneficial microbial structure, including the expansion of probiotic bacterial species in their gut compared to adult rats, even when the adult rats exercised as well.

The researchers have not pinpointed an exact age range when the gut microbe community is likeliest to change, but the preliminary findings indicated that earlier is better. The study was published in the journal Immunology and Cell Biology.

How Gut Microbes May Affect Circadian Rhythms, Body Metabolism And Make You Fat

All humans have a set of bacteria, viruses and fungi living in our guts which helps us digest food, but some gut bacteria may lead to gain extra weight.
Advertisement
<< Mental and Sexual Issues Top the List of India's Biggest Hea...
Planned Home Birth Significantly Increases Risk of Baby’... >>

How Does Your Stomach Tell Your Brain That You are Full?

Gut microbes send signals to the brain once it is full. This signal can play a very important role in determining the amount of food consumed by a person.

More News on:
Probiotics - Support System for the Gut

Pregnancy Confirmation Calculator Sinopril (2mg) (Lacidipine) Hearing Loss Calculator Find a Doctor Find a Hospital A-Z Drug Brands in India Turmeric Powder - Health Benefits, Uses & Side Effects Accident and Trauma Care Sanatogen Blood Donation - Recipients
This site uses cookies to deliver our services. By using our site, you acknowledge that you have read and understand our Cookie Policy, Privacy Policy, and our Terms of Use