Standing Up Boosts the Excitement Around Creative Group Processes 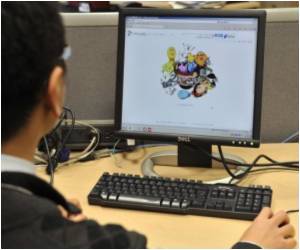 During long meetings, chairs provide great support but they may also be holding us back.

Standing during meetings boosts the excitement around creative group processes and reduces people's tendency to defend their turf, according to a new study that used wearable sensors.

"Organizations should design office spaces that facilitate non-sedentary work," says Andrew Knight of the Olin Business School at Washington University. Removing chairs could be a low-cost way to redesign an office space while also tackling the health effects of sitting in one place for too long, he says, citing mounting evidence that a sedentary lifestyle is poor for people's health. "Our study shows that even a small tweak to a physical space can alter how people work with one another."


Knight became interested in exploring the group dynamics of standing meetings when his university was constructing a new building. He remembers brainstorming with colleague Markus Bauer about possible furniture configurations. "We were particularly interested in the role of a sedentary workspace because standing desks were a new option that was available to faculty members for outfitting their offices," he explains. "We wondered how this type of arrangement would play out for people working together in a group to achieve a collective goal."
Advertisement
So Knight and Bauer designed a study, published today in Social Psychological and Personalty Science, that asked participants to work together in teams for 30 minutes to develop and record a university recruitment video. The teams worked in rooms that either had chairs arranged around a table or with no chairs at all. After making the videos, research assistants rated how the team worked together and the quality of the videos, while the participants rated how territorial their team members were in the group process.

The participants wore small sensors around their wrists to measure "physiological arousal" - the way people's bodies react when they get excited. When a person's arousal system becomes activated, sweat glands around the feet and hands release bursts of moisture. The sensors pass a small current of electricity through the skin to measure these moisture bursts.

Knight and Bauer found that the teams who stood had greater physiological arousal and less idea territoriality than those in the seated arrangement. Members of the standing groups reported that their team members were less protective of their ideas; this reduced territoriality led to more information sharing and higher quality videos. "Seeing that the physical space in which a group works can alter how people think about their work and how they relate with one another was very exciting," Knight says.

Knight first saw these types of effects when he worked for a software company before joining academia. The software engineering team held weekly "scrum" meetings that were always held standing. "From an outsider's perspective, these meetings always seemed more collective and interdependent than sitting meetings. Usually people were crowded around a whiteboard working diligently to resolve a pressing problem," he recalls. "The meeting also seemed more efficient and purposeful."

The new study is a novel contribution to the relatively new study of organizational behavior and office design as it includes wearable sensors. "Wearable technology is becoming more popular for consumers - e.g. FitBit, Google Glass - but is still relatively rare in this kind of research," Knight says. "We think that the future holds great promise for integrating wearable technology into research; our study is one example of how doing so can enrich a study."

Knight encourages organizations to experiment with their office spaces. Removing chairs and adding whiteboards are low-cost options that encourage brainstorming and collaboration. In his own office, Knight uses an adjustable-height desk so he can sit or stand and tries to minimize time spent seated in meetings. He is now experimenting with walking meetings too.

"We've really just scratched the surface on linking group dynamics research with the physical space," Knight says. He and colleagues hope to help organizations experiment with different room designs out of the lab and in the real world. "Working in the field, with real organizations, will help us to examine the longer-term effects of physical space manipulations."

Research Team Working On Improving Proficiency in Laparoscopic Splenectomy
Laparoscopic splenectomy has become the gold standard intervention for the removal of the spleen, .....

Youngsters Short Of Skills Needed To Obtain First Job
It has been revealed that too many young people lack the social skills needed to get their first ......

Boost Teamwork at Office With the "Cross-Cultural" Approach
Promoting cross-cultural perspective boosts teamwork in the workplace, a new study has suggested....