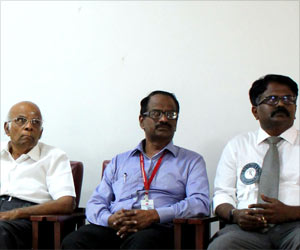 L-DOPA is an initiative to help people affected by Parkinson's disease. An Integrated Parkinson's Care Clinic was also inaugurated on the occasion.
Advertisement

Dr. C. U. Velmurugendran, Chairman of Neurology at SRU, said that most people are not aware of Parkinson's disease, but it is important to be aware of its symptoms and nature. "Parkinson's disease can be easily managed if it is detected early," he added.


Dr. U Meenakshisundaram, Head of Neurology at SRU, said that people with Parkinson's can live with dignity and hope. "There are several drugs available to manage the symptoms effectively. However, a scientific management tailored to the patient's needs is important. Also, there is an option of Deep Brain Stimulation for the people whose symptoms cannot be controlled with medications," he said.
Advertisement
He also said that researchers around the world are exploring ways to improve the treatment. "A vaccine, known as Alpha-synuclein vaccine, is also under research in the United States. It will hopefully be available in next five years," he added.

Dr. A.J. Hemamalini, associate professor at the department of Clinical Nutrition, said that people with Parkinson's should take a diet rich in Vitamin C, Vitamin E, and Vitamin B. "Fruits and vegetable oils and nuts are good sources of these vitamins," she said.