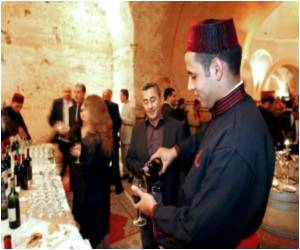 Sportspersons could be at serious risk from alcohol industry sponsorship, Australian research shows. The study comes at a time when policy makers in Australia, the United Kingdom, and New Zealand are debating whether alcohol advertising and sponsorship should be banned from sport.

Health scientists from Monash University, the University of Manchester, Deakin University and University of Western Sydney, surveyed the drinking behavior of sports personalities and their sponsorship.

After accounting for other influences receipt of alcohol industry sponsorship in various forms was associated with significantly higher levels of drinking. Receipt of similar forms of sponsorship from non-alcohol industries such as, building firms, food or clothing companies was not related to higher drinking levels.


Of the 30 per cent of sportspeople reporting receiving alcohol industry sponsorship, 68 per cent met World Health Organisation criteria for classification as hazardous drinkers.

The research comes on the back of recent recommendations from the British Medical Association, Australian Preventative Health Taskforce, and New Zealand Law Commission to have alcohol advertising and sponsorship removed from sport in much the same way as tobacco was decades ago.

Figures from marketing analysts suggest that major alcohol companies spend up to 80 per cent of advertising and sponsorship budgets promoting alcohol via sports.

"Sport is being misused to promote alcohol to sportspeople and the general population. The public do not need more encouragement to drink, and there are ways of replacing alcohol advertising and sponsorship dollars in sport," Dr O'Brien said.

"Much like was done with tobacco, a proportion of the excise duty currently gathered by governments from alcohol sales could be ring fenced (hypothecated) for funding sport and cultural events. This would replace alcohol industry funding many times over," Dr O'Brien said.

Norway and France have had longstanding bans in place with little apparent effect on sport, and this year Turkey banned all alcohol advertising and sponsorship of sport. France successfully hosted the 1998 FIFA World Cup with their alcohol sponsorship and advertising ban in place, and currently host the multi-nation Heineken Cup Rugby competition, renamed the H-Cup in France.

"The Australian Federal government is taking promising steps in allocating $25 million to a trial program replacing alcohol industry sponsorship of community sports and cultural events, but it can be expanded considerably, and could be funded by alcohol excise duty." Dr O'Brien said.

Deakin University scientist Dr Peter Miller said "This study provides new evidence of the harms associated with alcohol industry sponsorship of sport and we believe that any sporting association serious about the well-being of young people should support calls for governments to provide alternative funding. It's simply not worth gambling with their future for the sake of some easy money."

Sportspeople, who are sponsored by the alcohol industry, are more likely to engage in binge drinking than those with no alcohol sponsors, according to a new study.
Advertisement
<< Protein Key To Survival In Liver Sepsis Identified
Teen Suffers from Stroke >>

No More Cheers to Sports? Boffins Want the 'Spirit' Out of Sports

Scientists have said that the alcohol industry's sponsorship of sport should be banned and replaced with a dedicated alcohol tax modelled on those employed by some countries for tobacco.
Advertisement
News A-Z
A B C D E F G H I J K L M N O P Q R S T U V W X Y Z
What's New on Medindia