Speed-Reading Apps may Not be as Helpful as Thought 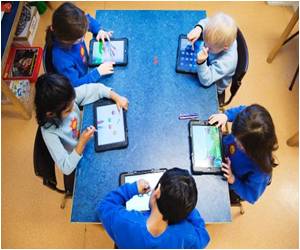 Psychological scientist Elizabeth Schotter of the University of California, San Diego, lead author of the new study, said that their findings show that eye movements are a crucial part of the reading process.

Schotter and UC San Diego colleagues Keith Rayner and Randy Tran conducted a study examining the role that eye movements play in the reading process, which is rendered impossible by rapid serial visual presentation (RSVP), the method used to display text in speed-reading apps like Spritz.


Studies have shown that readers make regressions, moving their eyes back to re-read bits of text, about 10 to 15 per cent of the time; Schotter and colleagues tested the hypothesis that these regressions could be a fundamental component of reading comprehension.
Advertisement
The researchers recruited 40 college students to participate in the study. The students were instructed to read sentences (displayed on a computer screen) for comprehension. Sometimes the sentences were presented normally; other times, the sentences were presented such that a word was masked with Xs as soon as the participants moved their eyes away from it, making it impossible for them to get more information from the word were they to return to it.

The results showed that, during normal reading, comprehension levels were about the same whether the students did or did not make a regression. These results suggest that we only make regressions when we fail to understand something, and we can fill in the gap by going back to look again.

Time to Put a Check on Mobile Health Apps
A team of scientists have called for objective review and certification process of mobile heath ......

Apps Bridge Gap In Distant Relationship
Youngsters vouch for mobile applications that help them bridge the gap in a long-distance ......

Apps Thrill Kids as Schools in Sweden Go Digital
Mia, a two-year-old girl traces out a letter on the screen with her forefinger, then claps with joy ...