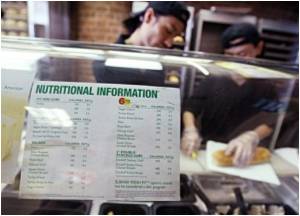 A common compound identified in the modern food by the researchers at Mount Sinai School of Medicine that could lead to abdominal obesity, insulin resistance and and type 2 diabetes.The findings are published in the August 20, 2012 issue of the Proceedings of the National Academy of Sciences.

The research team, led by Helen Vlassara, MD, Professor and Director of the Division of Experimental Diabetes and Aging, found that mice with sustained exposure to the compound, methyl-glyoxal (MG), developed significant abdominal weight gain, early insulin resistance, and type 2 diabetes. MG is a type of advanced glycation endproduct (AGEs), which is produced when food is cooked with dry heat. AGEs have been found to lower the body's protective mechanisms that control inflammation.

A survey has found that a large number of women are going bald and it is all because of their busy lifestyles and modern diets.
Advertisement

In the study, one group of mice was fed a diet high in MG over four generations, while the control group was fed a diet without MG. Both diets had normal calories and fat. Over four generations, the mice that ate the MG started to develop early insulin resistance and increased body fat, whereas the control group did not have either of these conditions. The researchers found that MG caused a marked deficiency in protective mechanisms, such as the survival factor SIRT1 that is present in fat and controls inflammation, while enhancing the metabolism of glucose and insulin. The ingestion of MG also adversely affected the activity of an important anti-AGE receptor called AGER1, which protects SIRT1 and fights insulin resistance.


"This was a prolonged but rewarding study showing that a specific AGE compound abundant in foods, within only a few generations in mouse terms, contributes to the increase in weight gain, insulin resistance, and, diabetes, reproducing the pattern seen increasingly in humans over the last decades ," said Dr. Vlassara. "These key findings should inform how we understand and prevent the human epidemic of obesity and diabetes."

Obesity is the root cause of problems like diabetes, heart disease, stroke, arthritis and gall bladder disease. A serious look at our strategies is needed to tackle this fast growing epidemic.
Advertisement
The abdominal fat of the MG-fed mice was transformed into a repository of fat cells producing highly inflammatory molecules called cytokines, which impaired glucose metabolism and slowed down fat turnover, and resulted in insulin resistance and diabetes. Mice that were fed the low-in-MG diet displayed high levels of SIRT1, AGER1 and no diabetes.

"The study demonstrates how the prolonged ingestion of seemingly innocuous substances common in human food, such as MG, can reduce defenses and compromise native resistance to metabolic and other diseases," said Dr. Vlassara. "The mouse findings are also quite exciting because they provide us with new tools, not only to study, but to begin taking measures to prevent diabetes, either by suppressing their formation or by blocking their absorption with our food."

Recent clinical research by Dr. Vlassara's team demonstrated that a modest cut in foods high in AGEs improved insulin resistance in adults with type 2 diabetes, without reducing fat or carbohydrate consumption. In other promising studies, the team has used an oral agent that binds AGEs in the intestine, blocking their absorption.

"For more than 30 years we have been studying the potential of eliminating harmful AGEs from the body, and now from food, as one way to curb the diabetes epidemic," said Dr. Vlassara. "Thus far, our findings reflect the need for a dramatic departure from standard clinical recommendations, which should now include a reduction in the amount of dry heat and processed foods in the diet."

The research team recommends that clinical guidelines be revised to eliminate foods cooked using dry heat and replace them with methods that use lower heat or lots of moisture (water) as in stewing, poaching or steaming. Examples from the AGE-less diet include stewed beef, chicken and fish instead of grilled meats.

Over 1 billion people world-wide are obese thus affecting their health due to their nutrition and lifestyle. 3.9% of India's population is obese! Know more about obesity and its prevention.
Advertisement
<< Canada Drug Shortage Needs National Approach
Meat-flavored Lollies Used to Cool Lions in Rome Zoo >>