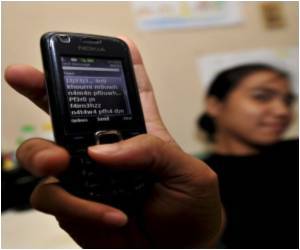 A-list celebrities are brewing internet security scares, albeit through spammers. Internet security experts have warned that a number of spam emails claiming death of such celebs actually contain a virus or invisible spyware.

Hackers try to fool unsuspecting web surfers through these emails, and when the virus is downloaded to their computers, they monitor their habits and what they type on a keyboard.

Internet Security Expert Educates About the Risks of Social Networking

Internet security specialist Thomas Ryan, has shown some of the inherent dangers of social networking and will attend the 'Black Hat Technical Security Conference' in Las Vegas.
Advertisement

Cybercriminals then have easy access to passwords and they can also raid online bank accounts.


Bosses at Symantec revealed there has been a huge rise in recent days of such spoof celebrity messages with claims stars such as Beyonce, Brad Pitt, David Beckham, Johnny Depp and Miley Cyrus had died in plane and car crashes.

An exciting interactive event aimed at making Internet users more aware of the problems of disclosing personal information online.
Advertisement
The malicious messages add the celebrity was killed along with 34 other people.

It asks those receiving the email to open an attachment to find out more, a move which would infect their machine.

"Spammers are known to create curiosity in their spam messages so that users get interested and make an attempt to open and, perhaps, install the file," the Sun quoted a spokesman for Symantec as saying.

"Also, via brand names such as a celebrity name, it gives them the much required credibility to gain trust in the recipient's mind.

"Users should follow standard practices of not opening any suspicious links or attachments received in an unsolicited mail or from an unexpected source," he stated.

Agent Dave Micklewood, of UK tech support company Geek Squad, said virus and spyware infections are one of the most common problems.

"But they can be avoided if people think before they link," he said.

"If you don't know where a link or file leads, don't take the risk. Don't click it," he added.

Facebook users will now get a free virus cleanup of their computers, if their accounts have been hacked into, before they return to the social networking website.
Advertisement
<< Kathmandu Plays Host to Country's First Gay Pride March
Fish Works Wonders With Your Child's Brain >>