Space Travel, Thrill That Can Kill 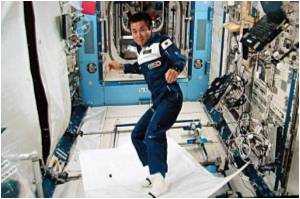 Space travel might win as the supreme human adventure however with a catch, as thrilling as it is it could also kill and destroy all that is within sight.

It could create the ultimate 'killer entrance', devastating your destination and anything around the landing craft, according to calculations by Geraint Lewis and two honours students from the University of Sydney.

Microscopic Worms Could Have Answer to Living Life on Mars

Astrophysicist Stephen Hawking conceives that if humanity is to survive we will have up sticks and colonise space. However uncertainty lies if human body is ready for the challenge?
Advertisement

The Sydney team is the first to spell out on the effects of theoretical space travel using an Alcubierre warp drive, the journal Physical Review D reports.


Miguel Alcubierre, Mexican physicist, proposed this warp drive in 1994 as a way to travel faster than light, overcoming the limit on particles travelling at such speeds posed by Einstein's theory of special relativity, according to a Sydney statement.

The European Space Agency (ESA) has embarked on a 'Don Quijote' mission that would chart out the trajectory of small asteroids in line with a collision with Earth in the future.
Advertisement
"When the spacecraft decelerates to stop at its destination, the particles collected at the front of the spacecraft are released with such high-energy that they would destroy anything they came in contact with," said Lewis, professor from the Sydney School of Physics.

"During the journey the particles picked up and included inside the bubble could threaten the safety of people travelling in the spacecraft," added Lewis.

"What we've shown is that when this spacecraft decelerated to arrive at its destination, it would release high energy particles which would destroy anything near the spacecraft's landing spot," concluded Lewis.

Data from a NASA Earth-orbiting spacecraft has revealed a dramatic thinning of Arctic sea ice between the winters of 2004 and 2008, with thin seasonal ice replacing thick older ice
Advertisement
Advertisement
This site uses cookies to deliver our services.By using our site, you acknowledge that you have read and understand our Cookie Policy, Privacy Policy, and our Terms of Use  Ok, Got it. Close
×