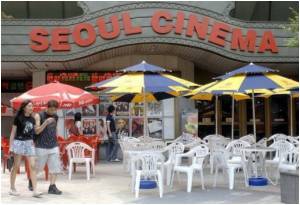 As the autumn harvest season starts, millions of South Koreans began their journey to home towns for their holiday.

In Seoul alone, traffic authorities said some 410,000 cars would leave the city Monday on the eve of the three-day Chuseok holiday which starts Tuesday.

A new study says that success of a vacation may not depend on experiencing positive emotions like feeling relaxed and refreshed.
Advertisement

Families traditionally get together in home towns, prepare special food to thank their ancestors for the harvest and visit family graves during Chuseok, one of the country's two major holidays along with Lunar New Year.


The Korea Expressway Corporation said about 1.5 million cars were expected to have left Seoul by Thursday.

The transportation ministry expects more than 40 million of the nation's almost 50 million people to make journeys of some sort for family reunions or traditional ancestral rites during the holiday.

Happiness Lies in Planning a Vacation

A new study has said that people anticipating taking a break to go on a vacation are happier than those who have no travelling plans.
Advertisement
It has increased frequencies of trains, buses, planes and ferries.

The exodus in the past has effectively turned some stretches of highway into giant car parks. But the ministry predicts lighter traffic this year since many have stretched the public holiday to take a total nine days off.

More and more people are using the break to visit resorts or go abroad. Hotels and condominiums at domestic resorts are fully booked while airport officials forecast more people will fly abroad this year.

President Lee Myung-Bak sent a holiday email to 590,000 civil servants, praising them for their hard work.

In a separate radio address he also reaffirmed Seoul's desire for regular reunion programmes for families separated by the peninsula's division.

"Those who have home towns on the northern side will have deeper thought of home towns and families on a festive day," he said. "I hope (the two Koreas) will celebrate Chuseok together some day."

After months of tension, officials from North and South Korea met for talks last week but failed to agree on arrangements for a family reunion programme. They will meet again on Friday.

The North has suggested restarting the programme after a one-year lapse, a move which could ease tensions.

Relations soured dramatically this year after the South accused the North of torpedoing one of its warships and killing 46 sailors in March.

The North denied involvement, and threatened retaliation for the South's military exercises staged as a show of strength. But it has been making a series of apparent peace overtures this month.

Tens of thousands of Koreans on both sides have not seen family members since the 1950-1953 war sealed the peninsula's division with minefields and barbed wire.

Tuesday is the Day When Workers Daydream About Their Next Holiday

New research indicates that Tuesdays seem to be the favourite day amongst office goers for daydreaming about their next holiday.
Advertisement
Advertisement
This site uses cookies to deliver our services.By using our site, you acknowledge that you have read and understand our Cookie Policy, Privacy Policy, and our Terms of Use  Ok, Got it. Close
×