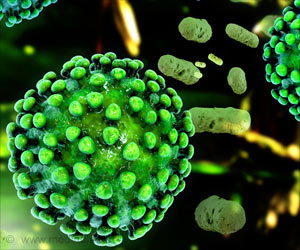 A South Korean man died of complications from Middle East respiratory syndrome (MERS) on October 25, 2015. According to officials, this is the first death related to the virus in the country in more than three months.

The 66-year-old was diagnosed in June after contracting the deadly virus at the Samsung Medical Center in Seoul, said officials with the health ministry.

MERS, a newly discovered respiratory disease, was recently reported in the Arabian region. MERS is caused by a virus similar to that causing common cold and other respiratory illnesses.
Advertisement
‘South Korea recorded a death due to Middle East respiratory syndrome (MERS) on October 25, 2015’

The person was later said to be cured of the disease but had been battling an acute lung ailment that was a complication resulting from the virus.


Seoul had declared the outbreak effectively over at the end of July. However, earlier this month a 35-year-old man said to have been cured of the virus was re-diagnosed.

Alzheimer''s disease is a progressive neurodegenerative disease affecting memory and thinking and making the person increasingly dependent on others.
Advertisement
The new diagnosis is huge blow to South Korea's hopes of being declared free. The disease, which has infected 186 people in the country, killing 36 of them, since its outbreak in May.

The virus is considered a deadlier but less infectious cousin of severe acute respiratory syndrome, which killed hundreds of people when it appeared in Asia in 2003.

Otitis externa, also commonly referred as Swimmer''s Ear, is an inflammatory condition that affects the external ear canal, which is the passage that connects the eardrum to the outer visible ear.

Post-Nasal Drip Find a Doctor Indian Medical Journals Drug Interaction Checker How to Reduce School Bag Weight - Simple Tips Turmeric Powder - Health Benefits, Uses & Side Effects Accident and Trauma Care Find a Hospital Pregnancy Confirmation Calculator Sinopril (2mg) (Lacidipine)
This site uses cookies to deliver our services. By using our site, you acknowledge that you have read and understand our Cookie Policy, Privacy Policy, and our Terms of Use