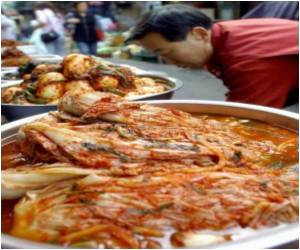 South Korea will crack down on restaurants that serve snake soup as a popular summer dish, an official said Tuesday.

"A nationwide crackdown against restaurants selling snake meat or soup will be carried out between June 16 to July 15," Son Sam-Gi, deputy director of the environment ministry, told AFP.

A snake venom that claims to reduce fine lines and wrinkles has become the latest beauty craze in the UK.
Advertisement

Poaching or smuggling snakes is illegal and punishable by a jail sentence of up to one year or a maximum fine of five million won (4,090 dollars).


However, the consumption of snake soup soars in the summer because of a widespread belief that the dish is cooling and enhances virility.

"Occasionally, some celebrities and sports players were reported bragging about their consumption of virility-boosting food like snakes, but they should know it's all illegal," a ministry official told Yonhap news agency.

The World Health Organisation on Tuesday launched an online snake guide in a bid to overcome a shortage of anti-venom for poisonous snake bites, which kill at least 100,000 people a year.
Advertisement
<< Researchers Develop Insulin That Can Withstand Higher Tempe...
Men Urged to Be More Health-Conscious to Stay Fit >>

Snake Venom may Provide Insight and Improve Understanding of Diseases

Snake venom contains a protein that has the potential for new drug discovery and to advance understanding of disease mechanisms, according to researchers.