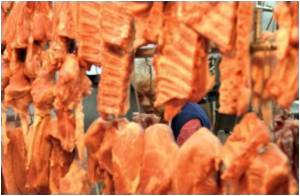 As the European Union insisted there was no need for a ban, Germany moved to calm the concerns over food safety with test results showing acceptable levels of dioxin, a potentially cancer-causing chemical compound, in poultry and meat. 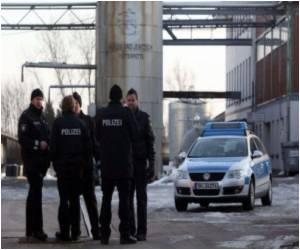 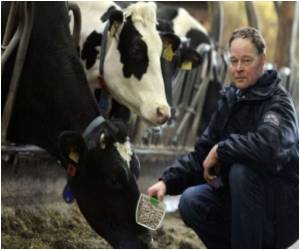 The European Commission said South Korea had become the first country to suspend imports of German pork and accused Seoul of overreacting.


"It is a decision which is out of proportion as to what is going on in Germany, but we are going to try to talk with the South Koreans to reassure them," said Frederic Vincent, spokesman for European health commissioner John Dalli.

Germany's states have ordered the closure of more than 4,700 farms across the country as a precautionary measure following a scare over dioxin contamination, the agriculture ministry said.
Advertisement
Brussels does not consider there are grounds for declaring a ban on exports of German meat or other products from Germany "because the farms have been closed and farm products which have been delivered are blocked, awaiting analysis," Vincent said.

Slovakia became the first EU country to impose restrictions on German meat, after it suspended sales of poultry meat and eggs while it conducted tests to assess dioxin levels.

"The agriculture ministry has ordered checks in shops and warehouses in response to the discovery of dioxins in certain foods," the Slovak ministry said in a statement.

"Pending the results of laboratory tests, the sale of eggs and poultry imported from Germany will be temporarily suspended," it said.

Russia's agriculture watchdog said it had stepped up controls on food of animal origin from Germany and also from other EU countries although it did not specify which ones fell under the tougher regime.

The watchdog also warned that Russia could ban meat imports if it did not receive official information on the situation.

"The European Union still lacks a system to react urgently to cases that could be dangerous for animals and humans," the watchdog's spokesman Alexei Alexeyenko told the Interfax news agency.

Germany shut down 4,700 farms to check for dangerous levels of dioxin and destroyed more than 100,000 eggs.

By Saturday, around 500 dairy farms had been reopened in Lower Saxony and North Rhine-Westphalia, and more would be reopened through the weekend, Germany's agricultural confederation said in a statement.

The firm at the centre of the crisis, Harles und Jentzsch in the northern state of Schleswig-Holstein, is alleged to have supplied up to 3,000 tonnes of contaminated fatty acids meant only for industrial use to around 25 animal feed makers.

Most of this -- 2,500 tonnes -- was delivered in November and December to animal feed producers in Lower Saxony, where it was used in fodder.

The German agriculture ministry moved to curb fears of contaminated food supplies by announcing that three tests in abattoirs of poultry due to be distributed showed dioxin levels that were "well below the authorised limit".

Six other tests on pork showed dioxin levels were in line with acceptable levels, it said.

Pressure mounted on Harles und Jentzsch, which has been accused of fraud and tax evasion in addition to possibly breaking health regulations.

"Lots of things lead us to think that the company cheated its clients and transformed fatty acids into low-quality feed for livestock," an agriculture ministry spokesman in Lower Saxony told a local newspaper.

The crisis moved swiftly beyond Germany's borders, with some 136,000 eggs from a suspect German farm exported at the beginning of December to the Netherlands and the European Commission saying tainted eggs may also have been imported to Britain.

The Netherlands and Britain have both played down the public health risk.

Health officials are struggling to contain a major outbreak of anthrax in northern Bangladesh, with at least 52 new infections registered in the past week, the health ministry said Monday.
Advertisement
<< Discovery Of Viral Gene Behavior Could Help In Vaccine Deve...
Children Ignoring Their Parents Face Jail Sentence >>

Going Back to the Roots of Pork for More Flavourful Meat

Perhaps you can't make a silk purse out of a sow's ear, but scientists are reporting progress in pulling off the same trick with the notoriously bland flavor of pork.