South China Hit By Dengue Outbreak Ahead of Asian Games 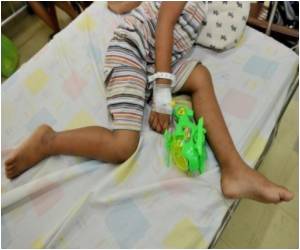 An outbreak of dengue fever has hit south China ahead of the upcoming Asian Games, with health authorities battling to contain the epidemic before the event opens, state media said Friday.

Eleven cases of the mosquito-borne disease were discovered over the last week in Dongguan city in Guangdong province, where some of the events for the November 12-27 Games will be held, the China Daily said.

"As the Asian Games approach, we should prevent the disease from spreading and provide a safe, healthy environment throughout the Games," the paper quoted He Jianfeng, an official at the provincial disease control centre, as saying.


The peak season for dengue fever in Guangdong is in September and October, he said.

Monitoring for the disease has been stepped up in the provincial capital Guangzhou and other cities scheduled to host Games events including Foshan and Shanwei, the report said.
Advertisement
Dengue, transmitted to humans by female Aedes mosquitoes, causes a flu-like illness for most victims. One strain of it can cause internal bleeding and can prove fatal.

Up to 12,000 athletes from 45 nations are expected to attend the Asian Games, the world's biggest sporting event after the Olympics.

France Reports First Case of Dengue Infection On Mainland
France reported a first case of dengue fever infection on its mainland Monday, in the southern city ...

Delhi Tries "Mosquitofish" to Fight CWG Dengue Scare
Organisers of the Delhi Commonwealth Games are now grappling with a mosquito crisis at sporting ......