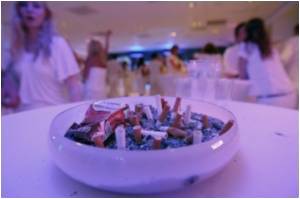 South Australia has the dubious distinction of receiving the AMA's annual Dirty Ashtray Award for the second year in a row for the Australian State or Territory that made the least progress on combating smoking during 2009/10.

Ahead of World No Tobacco Day on 31 May, AMA Federal President, Dr Andrew Pesce today announced results of the AMA/Australian Council on Smoking and Health (ACOSH) National Tobacco Scoreboard.

The scoreboard allocates points to each State and Territory in various categories, including legislation, to track how effective governments have been at combating smoking in the previous 12 months. For the first time, this year the Commonwealth Government was considered as part of the same ranking process as State and Territory governments.


"It's disappointing that South Australia is falling behind the rest of the country when it comes to tobacco control," Dr Pesce said.

"South Australia has shown a continued failure to implement a comprehensive approach to tobacco control, and especially to protect the interests of children and non-smokers.

Approximately half the smokers die due to smoking -related diseases. But it is not just the smokers who are at the receiving end. The passive smokers too, often pay a heavy price. If you still have not 'kicked the butt', learn more horrifying facts about smoking by participating in the following quiz.
Advertisement
"There has been no progress on banning point-of-sale displays or protecting non-smokers in alfresco dining areas and outdoor drinking areas at licensed premises."

At the other end of the scale and for the first time, the Commonwealth Government was ranked as the best performer on the 2009/10 National Tobacco Control Scoreboard.

Presenting the award to Prime Minister Kevin Rudd earlier today, Dr Pesce said that the Australian Government was to be congratulated on its comprehensive and determined approach to tobacco control.

He said that he hoped the results of the National Tobacco Control Scoreboard would encourage governments to do more to combat tobacco use.