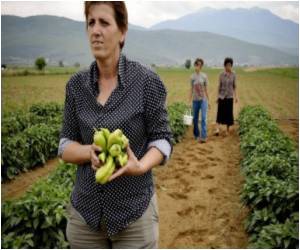 South Africa's government on Friday handed a pharmaceutical company a permit to commercialise a plant used as a mood elevator by indigenous groups.

The permit allows Sceletium tortuosum, which has been used for centuries in the Western Cape, to be researched and commercialised by HGH Pharmaceutical, a South African company.

The company believes the plant possesses anti-stress, anti-anxiety and anti-depressive capabilities, and it has developed an extract product.


"It looks extremely promising," said research scientist Nigel Gericke. "These claims would have to be scientifically validated obviously."

The plant, known locally as "kanna" or "kougoed", is used by the indigenous Khoi and San communities as a sedative, mood booster, and hunger and thirst suppressant.

The license was granted last December but officially handed over on Friday at a ceremony in the Western Cape province, where the plant naturally occurs.

The permit gives the company -- which has researched and cultivated the plant for eight years -- the right to continue its research, export plant material and extract, and commercialise the product.

Today most of us are under stressful situations which is hard to avoid.Explore our simple and inexpensive stress relief tips.
Advertisement
Advertisement
This site uses cookies to deliver our services.By using our site, you acknowledge that you have read and understand our Cookie Policy, Privacy Policy, and our Terms of Use  Ok, Got it. Close
×