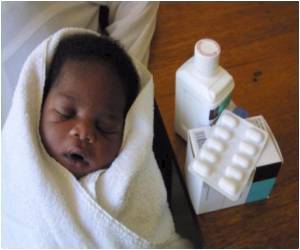 The South African health department is probing a wave of infant deaths at state hospitals, with 181 infant deaths recorded in one facility since January, officials said on Wednesday.

"A team of experts is to be set up to investigate the situation and come back with recommendations on how such incidents could be averted in the future," health ministry spokesman Fidel Hadebe said.

The Nelson Mandela Academic Hospital in the rural town of Mthatha has recorded the highest number of deaths.


"The director general of the ministry has visited the hospital and is going back again on Thursday. We will leave no stone unturned," said Hadebe.

The Acquired immune deficiency syndrome is brought about by the deadly human immunodeficiency virus. In the USA alone an estimate of 120,000 - 160,000 women are HIV- infected.
Advertisement
Local health authorities have linked most of the 181 infant deaths to HIV, where mothers did not have access to anti-AIDS drugs during pregnancy.

Provincial health chief Phumulo Masualle said the mortality rate was "unacceptably high" but that most of the Mthatha deaths were among premature babies.

South Africa generally has a high infant mortality rate, with 44 babies dying out of every 1,000 born. That is among the lowest rates in Africa, but very high compared to developed countries. In Sweden the rate is 3.2 per 1,000.

Masualle said many HIV-positive mothers went to antenatal clinics when it was too late to receive an effective course of drugs that prevent transmission to newborns.

Private hospitals, ranked among the best in the world, are only affordable for those with medical insurance.

Last week, health officials in Johannesburg revealed that dozens of newborns had died of diarrhoea at city hospitals.

Those deaths had been blamed on poor hygiene by the nursing staff.