Diabetes can cause long-term problems throughout your body, especially if you don't control your blood sugar effectively, and sugar levels remain high for many years. A new King's College London study reveals the molecular basis of chronic nerve pain in diabetes.

The findings in mice, published in Science Translational Medicine, could one day lead to treatments which target the source of the pain. Around one in four people with diabetes develop a chronic pain condition induced by nerve damage, called painful diabetic neuropathy (PDN), due to high blood sugar. Symptoms include prickling and tingling sensations as well as sharp, shooting pains and extreme sensitivity to touch in the feet and hands, which can spread upward into the legs and arms. The pain can significantly impair mobility, which in turn exacerbates obesity and worsens type 2 diabetes in a self-perpetuating cycle.

Diabetic pain is very difficult to treat and the molecular causes are poorly understood. This new King's College London study provides the first evidence that a single protein molecule - HCN2 - can by itself be responsible for a complex sensation such as diabetic pain.


The researchers used mouse models of diabetes to show that over-activity of HCN2, which initiates electrical signals in pain-sensitive nerve fibres, results in a sensation of pain. They also found that blocking the activity of HCN2, or removing it completely from pain-sensitive nerve fibres, stopped the sensation of pain entirely.

Professor Peter McNaughton, senior author of the study, from the Wolfson Centre for Age-Related Diseases at King's College London, said: 'The inexorable rise of obesity worldwide, in both rich and poorer countries, has brought a related increase in type 2 diabetes. As many as one in four diabetics suffer from nerve pain, yet there are currently no effective treatments and people therefore typically must resign themselves to a life of continuous suffering.

'Our study reveals the molecular mechanism driving diabetic pain in mice, which we hope will inform future treatments in people with diabetes.'

Dr Christoforos Tsantoulas, first author of the study, also from the Wolfson Centre for Age-Related Diseases at King's College London, said: 'At present we do not have selective drugs which can suppress the activity of HCN2 without affecting other bodily functions, such as the regulation of heart rate. This research provides a stimulus for the development of targeted pain drugs that can block HCN2 without affecting the activity of other molecules.'

miRNAs in Exosomes Link to Insulin Resistance in Diabetes
miRNAs are regulatory molecules that can be packaged into exosomes. Exosomes secreted by adipose tissue macrophages transfer miRNAs to target insulin cells.
READ MORE 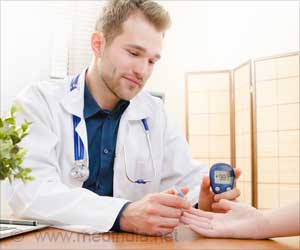 Nearly 11 Percent Diabetes Patients are Being Over-Treated
There is a need to improve the quality of diabetes care in all respects, ensuring that patients get needed care while avoiding unnecessary potential harm.
READ MORE 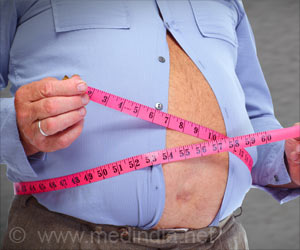 Weight Loss of Around 15 Kg may Help Reverse Diabetes
Type-2 diabetes can be reversed and called for greater awareness, documentation and surveillance of remissions to improve health and reduce healthcare costs.
READ MORE