New approaches to the development and treatment of the debilitating pain suffered by cancer patients have been developed by researchers at the Pharmacology Institute of the University of Heidelberg.

In animal tests, when the researchers blocked the effect of the signal substances on the nerve cells, the sensitivity of the nerve cells and tumour growth were reduced.


The results indicated a new approach for the development of effective pain medication for cancer patients.

Cancer pain is frequently difficult to handle with conventional pain medication, such as opioids.

As high dosages are required, the side effects are immense for the patients and tolerance may quickly ensue.

"There is a great need for special pain medication for cancer patients," Nature magazine quoted Kuner as saying.

During the study, the researchers examined tissue from mice to determine what signal substances were released by tumours.

They discovered two molecules that were previously known only as growth factors for blood-forming stem cells.

By testing nerve activity with electrodes, the researchers demonstrated that contact with these molecules made nerve cells in the vicinity of the cancer tissue considerably more sensitive to pressure.

"The findings are consistent with descriptions of cancer patients who say that merely touching the affected area is painful," said Kuner.

Other than touching, tumour growth itself causes pain, as the expanding tissue also exerts pressure.

Apparently, the cancer cells use the growth factors for their own growth and spread through the nerve pathways and blood vessels to the rest of the organism.

The discovery opens up new prospects in the fight against cancer pain and, thus, in the next step, the researchers injected proteins (antibodies) that block the contact sites for cancer signal substances on the nerve cells.

And they observed that the sensitivity of nerve cells and tumour growth were reduced.

Further research is needed to show if this use is also possible in human tissue, and if successful, it would be conceivable to inject these "protein blockers" directly into the tumour and thus reduce pain and side effects for the patient.

The study has been published online in the prestigious journal Nature Medicine. 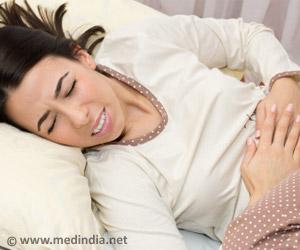