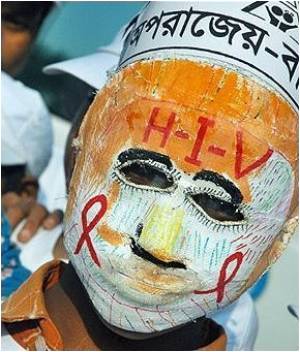 It has emerged that HIV-infected children in South Africa who were exposed to the drug nevirapine at birth and then received a protease inhibitor (PI) for viral suppression achieved lower rates of viremia if they were switched to nevirapine, compared to children who continued on the PI-based regimen.

These are the findings of a study in the September 8 issue of JAMA. PI-based therapies generally have a higher cost compared to nevirapine, which may leave some children excluded from treatment.

Current guidelines for nevirapine-exposed (at birth) infants advise that treatment be initiated with regimens based on ritonavir-boosted lopinavir. There are many limitations of continuing to use PI-based regimens indefinitely in young children, including its unpleasant taste (which poses adherence challenges for children too young to be prescribed tablets); concerns about metabolic toxicities with long-term use during critical periods of child development; and high cost, a major disincentive to implementing optimal primary therapy recommendations in several sub-Saharan African countries, according to background information in the article.


Ashraf Coovadia, M.B.Ch.B., of the University of the Witwatersrand, Johannesburg, South Africa, and colleagues conducted a clinical trial to examine whether nevirapine-based therapy would be as effective as ritonavir-boosted lopinavir in maintaining viral suppression among nevirapine-exposed children if only initiated once viral suppression had been achieved with the initial PI-based regimen. The trial was conducted between April 2005 and May 2009 at a hospital in Johannesburg among 195 children who achieved viral suppression of less than 400 copies/mL for 3 or more months from a group of 323 nevirapine-exposed children who initiated PI-based therapy before 24 months of age. Control group children continued to receive ritonavir-boosted lopinavir, stavudine, and lamivudine (n = 99). Among the children that switched therapies, nevirapine was substituted for ritonavir-boosted lopinavir (n = 96). Children were followed up for 52 weeks after randomization.

"Guidelines now recommend starting treatment among all HIV-infected infants as soon as possible after diagnosis following a trial demonstrating better outcomes if treatment is initiated immediately rather than waiting until standard prognostic indicators are reached. Thus, large numbers of HIV-infected infants should be initiating ritonavir-boosted lopinavir-based treatment, but the high cost of this regimen poses a barrier in many low-resource settings."

"Our results suggest that a majority of nevirapine-exposed children who are successfully treated with initial regimens based on ritonavir-boosted lopinavir and achieve viral suppression could benefit from the switch strategy, which would allow reductions in costs of pediatric treatment programs. However, switching should only be undertaken with adequate virologic monitoring. Although the value of virologic monitoring in HIV treatment is strongly emphasized in well-resourced settings, most programs in low-resource settings do not include it as part of routine services because of cost. Simple algorithms could be developed for targeted virologic testing to safely implement the switch strategy," the authors conclude.