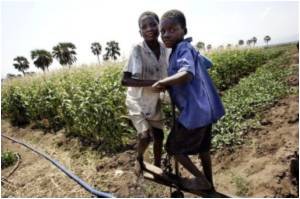 Exposure to a natural soil bacterium, which people likely ingest or breathe in when they spend time in nature, could increase learning behavior, claim researchers.

The finding will be presented at the 110th General Meeting of the American Society for Microbiology in San Diego.

Contrary to claims that video games turn teenagers into violent criminals, a new research has shown that a bit of virtual blood-and-guts is actually good for brain.
Advertisement

"Mycobacterium vaccae is a natural soil bacterium which people likely ingest or breath in when they spend time in nature," says Dorothy Matthews of The Sage Colleges in Troy, New York, who conducted the research with her colleague Susan Jenks.


Previous research studies on M. vaccae showed that heat-killed bacteria injected into mice stimulated growth of some neurons in the brain that resulted in increased levels of serotonin and decreased anxiety.

A brief bit of meditation can make us cognitively sharper, suggests a new study.
Advertisement
"Since serotonin plays a role in learning we wondered if live M. vaccae could improve learning in mice," says Matthews.

To reach the conclusion, Matthews and Jenks fed live bacteria to mice and assessed their ability to navigate a maze compared to control mice that were not fed the bacteria.

"We found that mice that were fed live M. vaccae navigated the maze twice as fast and with less demonstrated anxiety behaviors as control mice," says Matthews.

In a second experiment the bacteria were removed from the diet of the experimental mice and they were retested. While the mice ran the maze slower than they did when they were ingesting the bacteria, on average they were still faster than the controls.

A final test was given to the mice after three weeks' rest. While the experimental mice continued to navigate the maze faster than the controls, the results were no longer statistically significant, suggesting the effect is temporary.

"This research suggests that M. vaccae may play a role in anxiety and learning in mammals," says Matthews. "It is interesting to speculate that creating learning environments in schools that include time in the outdoors where M. vaccae is present may decrease anxiety and improve the ability to learn new tasks."