Soil And Food Crops Being Contaminated by Nanomaterials 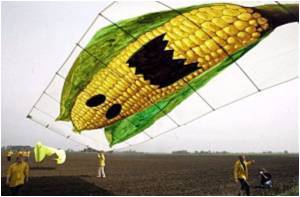 A study says that man-made nanomaterials (MNMs), used in popular cosmetic products such as shampoos, gels, hair dyes and sunscreens, may also be contaminating the quality and yield of food crops.

Nanomaterials (NMS) are synthesized by manipulating matter on an atomic and molecular scale. Their effects on human health and the environment are the subject of much scientific study.

Australian researchers have developed nanomaterials that can generate electricity directly from 'waste heat.' The research has been published in Nano Letters.
Advertisement

"As MNMs are used more and more in consumer products, there is a higher likelihood that they will end up in wastewater treatment facilities," said John Priester, environmental scientist at the Bren School of Environmental Science and Management, University of California, Santa Barbara.


Conventionally-treated wastewater is a primary source of normally nutrient-rich organic materials applied to agricultural soil, and farmers beneficially use this treated water and the bio-solids from it as fertilizer, the journal Proceedings of the National Academy of Sciences reported.

Scientists Call For Measures To Enable Safe Design Of Nanomaterials

A new research has called for measures to enable safe design of nanomaterials because of the increased likelihood of people coming into direct contact with these materials in recent times.
Advertisement
Priester and his research team reasoned that no single study had before examined the full implications of environmental build up of MNMs for a soil-based food crop, according to a Bren School statement.

They sought to fill the knowledge gap by fully growing soybean plants through the seed production stage in soil amended with high-production nanomaterials.

Most surprising to Priester was the high level of zinc in the leaves and beans of plants exposed to ZnO nanoparticles; the component metal was taken up and distributed throughout edible plant tissues.

Soybeans are the fifth-largest crop in global agricultural production and second-largest crop in the US. Moreover in 2009, the US exported enough of the crop to create a $29.6 billion domestic soybean economy, making it a good candidate for study.

"These results indicate broader risks to the food supply," the researchers write. The environment could be affected even more since increased synthetic fertilizer would be required to offset lost nitrogen fixation, a process that soybeans and other legumes use to convert atmospheric nitrogen into natural fertilizer.

Solar Cell Efficiency can be Boosted by New Nanomaterials-Based Technology

A new technology that can dramatically increase the amount of sunlight that solar cells convert into electricity up to 45 percent has been devised by scientists.
Advertisement
<< Ayurveda Tourism In Kerala to Be Taken To The Next Level
Understanding the Manner in Which the Flu Virus Disables Im... >>