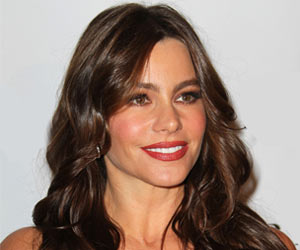 Emmy-nominated actress Sofia Vergara spills the beans on her personal experience with thyroid cancer, and is now the spokeswoman for a campaign to raise awareness of hypothyroidism.

Now 39, the "Modern Family" star said she was diagnosed with thyroid cancer at 28 and had to have her thyroid removed.


She first learned of the problem when she took son Manolo to his endocrinologist and the doctor noticed an inflammation of her thyroid gland.

The removal of her thyroid left Vergara with hypothyroidism, a condition that requires daily medication.
Advertisement
"In my career, I'm known to ad lib and go off-script-but not when it comes to my health. I make sure to 'Follow the Script' so I get exactly what my doctor prescribed," the actress said.

Roughly one in eight women will suffer from a thyroid condition during the course of their lives, Vergara's endocrinologist, Dr. Jordan L. Geller, said during the campaign launch at the Trump SoHo in New York.

An estimated 30 million people in the US suffer from hypothyroidism.