"I must be the first man in the Balkans to admit that I have been battered by my wife," Dusan Stojkovic said with a wry smile, speaking from Serbia's first safe house for battered men. 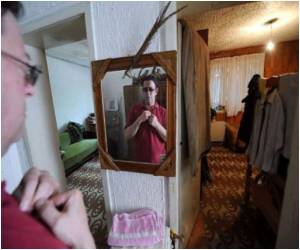 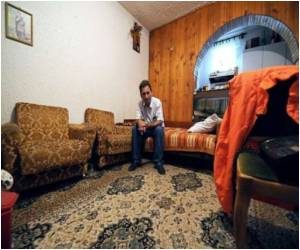 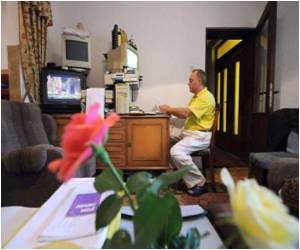 
It took a lot for the man who is in his fifties to reach out and get help, breaking a taboo in a country where men still cling to a fierce macho image.


Stojkovic has been in the safe house for abused men in central Cuprija, the first in Serbia, since it was founded in July 2009 by the Safety for Men non-governmental organisation.

"My wife and her daughters (from another marriage) hit me with baseball bats," he told AFP, thumbing through his thick legal file.

After the beatings, Stojkovic said, his wife accused him of battering her, saying she fought back in self-defence. He assumed this was his spouse's way to get her hands on his assets: the house and his dog breeding business.

The hardest part for Stojkovic was to convince people that, actually, he is the victim.

He was jailed for two months following his wife's accusations, and when he was released he was ordered to stay away from his own home.

His wife has kept his house, his assets and his business.

"All this is the result of the court's denial that men can also be victims of domestic abuse," said Verica Zivanovic, a lawyer who volunteers for Safety for Men.

The organisation's founder Dusan Trifunovic, a former mayor of Cuprija, explained that many men were having trouble getting justice in abusive situations.

"Even if they get a court ruling in their favour it is almost impossible to enforce," he complained.

Even Zivanovic admitted that she suppressed a snigger when she first heard of Safety for Men but said she was stunned by the number of cases similar to Stojkovic's.

According to the group around a thousand men have contacted the NGO since the safe house opened, most of them following an appearance by one of its residents in a popular talk show.

"There is a lot of interest but our capacity is limited. We can take in only urgent cases," said Stojkovic, who has become a coordinator for the NGO.

Safety for Men founder Trifunovic said between seven and 10 percent of Serbian men were exposed to either physical or mental abuse at home.

Few men dare to come forward due to the stigma attached and prevalent prejudices.

But men at the safehouse have not only suffered at the hands of their wives. According to Trifunovic a growing number of men say they have been assaulted by their own children.

"When it comes to physical violence Serbian men will not easily admit they were the victims because of the patriarchal society," where men are considered to be the strong head of the family, Svetlana Acimovic, a social worker in a family and marriage counseling centre, told AFP.

"Men now speak more openly about mental abuse but we still see many more female victims of domestic violence. Over 90 percent of the people who turn to us for help are women," she stressed.

"They should build the safe houses for men and women next to each other," he said.

"We will have men and women who suffered there. They can talk about it and who knows what could happen...," he explained with a hopeful smile.