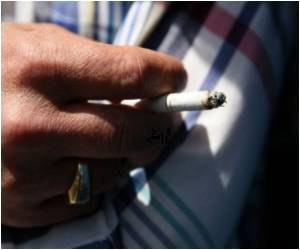 "Introducing smoke-free outdoor bars could reduce social smoking by removing cues that stimulate this behaviour and changing the environment that facilitates it," said Janet Hoek, professor at the University of Otago, who led the study.

The study authors carried out in-depth interviews with a group of social smokers, aged between 19 and 25 years, who were recruited through Facebook, posters in cafes, supermarkets and on community notice boards.


An analysis of the interview transcripts found that social smokers often had conflicted identities. Participants found it very difficult to reconcile their stated identity as non-smokers who smoke, the journal Tobacco Control reports.
Advertisement
They managed this conflict by limiting where and when they smoked, and by sharply differentiating themselves from smokers, to whom, by and large, they felt superior, according to an Otago statement.

Participants described smoking and drinking as going "hand in hand". Some indicated that alcohol prompted cravings for a cigarette, something they did not otherwise experience.

More fundamentally, alcohol enabled them to absolve themselves of responsibility for their actions, which they inevitably regretted.

Drinking thus supported and even induced "binge smoking" and yet also distanced them from this behaviour, enabling them to maintain their "non-smoker" persona.

Source: IANS
Advertisement
<< Association Between Traumatic Brain Injury and Post-traumat...
New Cures and Treatments for Diseases Could Emerge from New... >>