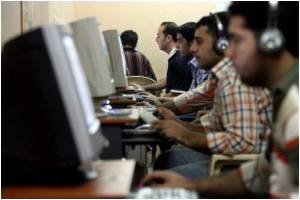 A recent study reveals that social media is harder to resist than alcohol and cigarettes.

A team from Chicago University's Booth Business School conducted an experiment using BlackBerry devices to test the will power of 205 people between the ages of 18 and 85 in the German city of Wurtzburg.

Experts are now blaming that the strange twitching disorder is spreading quickly through social media.
Advertisement

Participants were asked seven times a day over the course of a week to identify desires they were experiencing and the strength of said desires.


The team sifted through thousands of responses and came up with some telling results.

Though the need for sleep and leisure topped the list of "self-control failure rates", checking in with social media, email and work came ahead of the urge to have a Camel Light, while sipping on that glass of 12-year single malt scotch.

Approximately half the smokers die due to smoking -related diseases. But it is not just the smokers who are at the receiving end. The passive smokers too, often pay a heavy price. If you still have not 'kicked the butt', learn more horrifying facts about smoking by participating in the following quiz.
Advertisement
"Desires for media may be comparatively harder to resist because of their high availability and also because it feels like it does not 'cost much' to engage in these activities, even though one wants to resist," the Discovery News quoted lead researcher Wilhelm Hofmann as telling the Guardian.

"With cigarettes and alcohol there are more costs -- long-term as well as monetary -- and the opportunity may not always be the right one.

"So, even though giving in to media desires is certainly less consequential, the frequent use may still 'steal' a lot of people's time," Hofmann added.

There appears to be no break for UK employees as most of them are so email obsessed that they cannot spend their holidays without checking their mail.
Advertisement
<< Positive Parenting in Early Childhood Could Avert Obesity
Officials Must Pay More for Health Coverage, Says Chicago G... >>

More News on:
Relationship Problems and Top Ways to Solve Them