Social Distancing Earlier Could Have Saved 59,000 Lives in US, Says Study 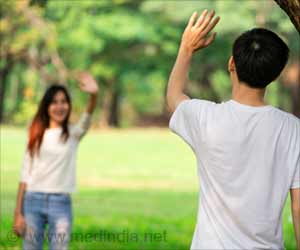 In the United States, more than one million coronavirus cases and over 59,000 deaths could have been prevented by early May had social distancing been implemented two weeks sooner, revealed study published in the journal Science Advances.

"Our results demonstrate the dramatic impact that earlier interventions could have had on the COVID-19 pandemic in the US," the authors wrote.

A group of interdisciplinary researchers from the University of Pennsylvania and the Philadelphia Department of Public Heath developed a virtual reality immersive video training directed at reversing the opioid overdoses.
Advertisement
‘The study highlights the importance of quick and aggressive non-pharmaceutical interventions implementation to counter transmission of the SARS-CoV-2 virus and could help inform efforts to control new surges in the US and elsewhere in the world.’

Seeking to understand the impact of timing when implementing non-pharmaceutical interventions, Sen Pei from Columbia University in New York and colleagues first built a metapopulation model of Covid-19 transmission in all 3,142 US counties during the period spanning February 21 through May 3.


They built the model using county-level data of confirmed cases and deaths compiled by USAFacts.org and commuter mobility data from the U.S. Census, adjusting the latter for reductions in mobility due to non-pharmaceutical interventions implemented beginning around March 15.

Social distancing is the only vaccine until any vaccine for coronavirus arrives, and hence people should follow COVID appropriate behavior as Unlock 4.0 is now afoot.
Advertisement
The model revealed notable yet asynchronous reductions in disease transmission rates, reflected in changes to the estimated effective basic reproduction number (Re) in most counties during this time period.

They then performed counterfactual simulations with the same model, moving the timing of non-pharmaceutical interventions implementation either one week or two weeks sooner.

In the first model, advancing non-pharmaceutical interventions by a week, to March 8, resulted in 601,667 fewer confirmed cases and 32,335 fewer deaths nationwide as of May 3.

In the second model, implementing NPIs a full two weeks earlier, on March 1, resulted in over one million fewer confirmed cases and 59,351 fewer deaths.

However, they also pointed to continuing successes in countries such as South Korea, New Zealand, Vietnam, and Iceland that did implement non-pharmaceutical interventions in early March.

Over 9.7 million people in the US have tested positive for Covid-19 so far, while more than 236,000 have died, according to data from Johns Hopkins University.