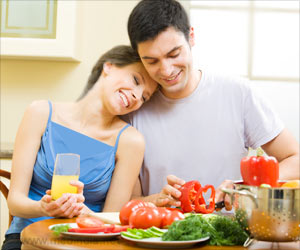 Usually, unemployment and employment uncertainty adversely affect the birth rate overall and lead young people to postpone marriage. Although one in 8 couples experience fertility issues and many of them turn to Assisted Reproductive Technologies (ART) to help them have a child, usage varies significantly across Europe.

A new Oxford study has shed light on some of the reasons behind this - pinpointing moral and social acceptance of the treatment and religion as key.

Previous research has mainly focused on the economic issues that can affect ART usage, such as a country's wealth and health insurance costs. But, in new research published in Human Reproduction, scientists from the Oxford University Department of Sociology and Nuffield College, have for the first time assessed the relative importance of the role that economic, demographic and cultural normative factors play in the process.


‘In Scandinavia, ART is seen as a public good and justified, and the government has taken a key role in making services widely available to singles, those on low income and LGBTQIA groups.’


The study compares the prevalence of ART usage across 35 European countries since 2010, which is the number of ART cycles, per million women of reproductive age (15-44 years). The findings revealed that although economic factors and national wealth are important, it is not merely affordability that determines ART use. Rather, ART treatments were more widely used in countries where it was considered culturally and morally acceptable to do so. For example, the Czech Republic, which ranks 51st in a poll of the world's wealthiest countries, reported 10,473 cycles per million women of reproductive age - which is a usage level almost identical to the comparatively wealthier (37th) Denmark. By contrast, high income nations such as Italy (8th) and the United Kingdom (5th) reported only 5,480 and 4,918 cycles per million women of reproductive age, respectively.

The authors also produced an ART accessibility scorecard for each country. They found that there was no direct relationship between the availability of the treatment on the scorecard and the actual number of people using it. Whereas the United Kingdom and Kazakhstan score higher on available treatment, for example, they have comparatively low numbers of usage. This gap between availability and actual take-up points to other underlying factors driving country differences in ART usage, suggesting that normative cultural values play a role.

Religion was found to be a key factor, with a strong correlation between the size of religious Protestant, Catholic, Orthodox and Muslim groups in a country and the ART usage. Having a higher proportion of Protestants in a country explained a large part (25%) of higher ART take-up.

The study also revealed a relationship between cultural attitudes in countries where ART was considered to be socially acceptable, with the number of people using the treatment. In Scandinavia for example, where ART usage is high, it is seen as a public good and justified, and the government has taken a key role in making services widely available to singles, those on low income and LGBTQIA groups. However in other countries, such as Italy - where the Catholic Church is openly against ART and heavily influences the policy agenda - ART is not widely used or available. This often forces individuals to travel for cross-border care outside of their own country.

Patrick Präg, Lead-author and Postdoctoral Fellow at the Department of Sociology and Nuffield College, said: 'When people think of infertility treatments, they usually expect biological or economic aspects to be the most important drivers. Our findings however make a compelling case that cultural factors play a key role.'

Melinda Mills, co-author and Nuffield Professor of Sociology, said: 'With the increased postponement of having children at later ages, access to ART treatments has growing relevance. The standout finding from our research is that policy-makers, governments, medical bodies and ART providers should more openly acknowledge the strong role that attitudes and acceptability of ART plays on shaping accessibility, availability and usage. Our hope is that these findings will be used to shape ART policy and improve access across Europe.' 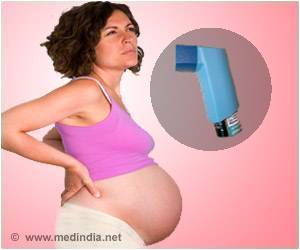 Asthma Linked to Increase in Fertility Treatment
Asthma played a role in reducing fertility in some women.Improving women's asthma control might help them to become pregnant more easily.
READ MORE

Does Fertility Treatment Increase Divorce Risk?
Fertility treatment does not increase a couple's risk of getting divorced. In fact, it improves communication and provides coping strategies.
READ MORE

Fertility Treatments Not Backed Up by Evidence
Whilst many claims were made on the benefits of fertility treatments by fertility clinics, there was a lack of supporting evidence cited.
READ MORE