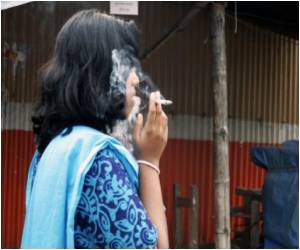 Babies born of mothers who smoke could turn out to be seriously problematic children, yet another study confirms.

Researchers with the New University of Otago, Christchurch , have found that Conduct Disorder (CD) and Oppositional Defiant Disorder (ODD) in the children could stem from maternal smoking during pregnancy. Of course exposure to family violence will only exacerbate the situation.

Data for the study was drawn from the long-running Christchurch Health and Development Study and results were published in the Journal of the American Academy of Child and Adolescent Psychiatry.


Lead researcher Dr Joe Boden says the study examined the influence of a number of common childhood social and environmental factors which contribute to the development of CD and ODD.
Advertisement
Boden says the disorders frequently co-occur, so individuals with symptoms of one disorder have a strong likelihood of having symptoms of the other.

Factors which predicted CD but not ODD were parental maladaptive behaviour (criminality, alcohol problems and illicit drug use) and being male.

Boden says the study provides hope for those with the disorders as treatment and prevention approaches which target these factors will likely reduce the effects of CD and ODD on the sufferer in later life.

CD and ODD are behaviour disorders which emerge in childhood and have been shown to have adverse effects on mental health and psychosocial adjustment in adolescence and early adulthood.

Adverse effects of both CD and ODD in late adolescence and early adulthood include increased risks of mental health disorders; substance use disorders; criminal offending; lower educational achievement and both under-employment and unemployment.

The Advisory Group for Conduct Problems (AGCP) is a group which consults to several Government Ministries such as health, education and social development.

In one report, the AGCP said of disruptive behaviour disorders such as CD and ODD: "There is probably no other common childhood condition that is associated with such far-reaching and pervasive developmental consequences."

The prevalence of each of the disorders is approximately 10-15 per cent amongst adolescents.

Smoking And Tobacco
News Archive
News Resource
Advertisement
News Category
How to Prevent Eczema in Babies? Why East African Newborns Are at Increased Risk of Birth Defects? Healthy Ways to Get Your Baby Sleep Longer Classmates Sitting Next to Each Other More Likely to Become Friends Developmental Dyslexia Plays Major Role in Human Adaptation
More News
Sign up for Wellness Consult a Doctor Sign up for Selfcare